February 1st – Catching Up in Melbourne 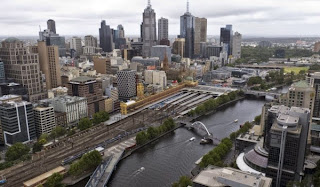 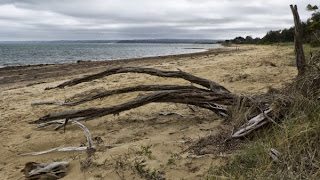 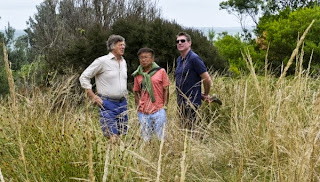 In my lecture about Melbourne, I'd said that the city was often a lot cooler (in temperature) than Sydney. But, what I hadn't expected was the rain and fog that greeted our arrival at Port Melbourne – the weather looked more like London than Australia. In fact, strong winds and high seas had delayed our arrival in Melbourne by a couple of hours, but we did have a late departure that gave us a bit more time to enjoy this fantastic city.

We needed as much time as possible, because we had a full programme ahead of us – meeting up with regular Silversea-ers, Larry and Lucinda who wanted to show us as much of the Melbourne area as possible. From the port, we drove around to the beautiful Mornington Peninsula to visit their summer home in Somers – on the way, passing rolling hills, pasture land and vineyards. Their home was beautiful and faced down to the sea, with views over to the yachts racing in the distance. We had a lovely lunch, some much-needed catching up, and plenty of hilarious stories. By the time we had got there, the weather had brightened up considerably so we were able to have a quick bracing walk on the beach.

All too soon, it was time to get back in the car and head back to the city – this time to head for their city apartment on the 42nd floor of one of Melbourne's growing cluster of skyscrapers. From this lofty vantage point, the views over the city were unbelievable, allowing us to appreciate Melbourne's mix of impressive low-rise Victorian buildings, and high-rise modern blocks. The metropolis seemed a million miles away from the peace and tranquillity of Somers – how lucky Melbournians are to have such a choice of environments to explore.

We were then joined by more World Cruisers for a fantastic dinner. The only problem was that time flew by far too quickly and we were in danger of missing the ship; but, with impeccable timing, we were zoomed down to the ship with 5 minutes to spare for our fond farewells.

Lots of food, lots of wine, lots of laughter and a fun time with good friends – your standard ingredients for a day on the world cruise, although today was something really special.