February 17th – A Brush With Sharia Law in Brunei 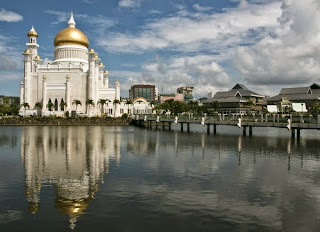 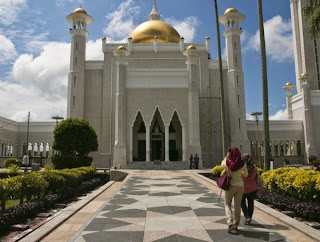 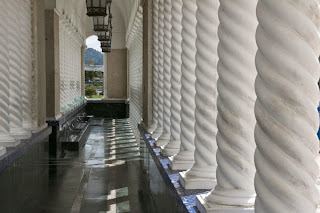 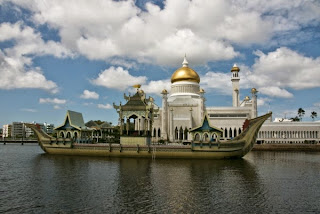 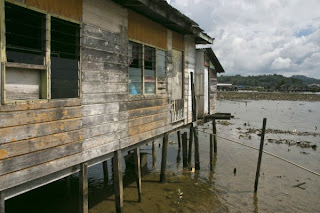 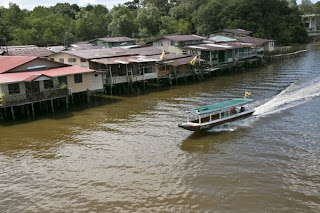 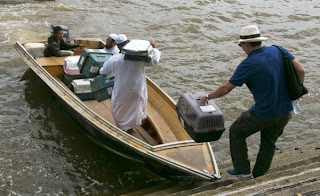 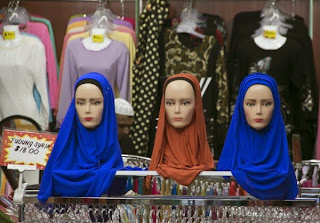 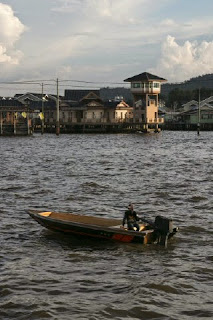 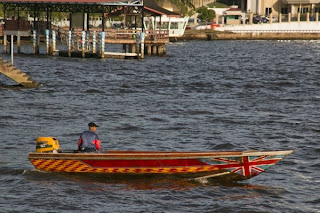 The fact that the Sultan of Brunei has recently just introduced full Sharia Law into his country has not endeared him to many in the West. However, there isn't an oppressive feel to the streets of the sleepy capital, Bandar Seri Begawan (BSB) – in fact, the place felt so calm and deserted, it was virtually comatose.

Although he's one of the richest men in the world, with a personal fortune in the region of $24 billion, it's obvious that this is a fairly wealthy place – every house we passed by appeared to have at least four cars parked in each driveway, and with diesel costing around 25 cents US per litre, maintaining a car is not an expensive business.

Our guides were certainly very complimentary about the Sultan, regaling us with stories of his generosity and largesse, but it was when you started questioning them further, that the downsides of living in an absolute dictatorship became obvious. Difficult questions were avoided and subjects changed, or we were told official party lines about how wonderful life was in Brunei – which it probably is, if you are a devout heterosexual Muslim who is happily married. However, it was obvious that free speech is not totally free here.

Given the amount of money sloshing around here (or at least sloshing around in the Sultan's bank accounts), you might be expecting the architecture to look a little like Dubai or Abu Dhabi, but everything is much more understated here. In a city of shopping malls and bog-standard government buildings, BSB's most impressive architectural feature is its huge mosque with its gleaming golden dome – a splendid reminder to everyone that Islam is the over-riding force here in Brunei. They were happy for us to go inside, so Tracy put on her headscarf and huge black over-cloak and we had a quick look around.

But, for me, the most interesting aspect of the urban landscape was that a large proportion of the population still live in ramshackle-looking stilt villages, overlooking the water of the wide Brunei river. On closer inspection, these stilt houses are not quite as rudimentary as they look – connected to the sewage system, electricity, the internet and satellite TV, while parked up on the landward side, we could see plenty of posh cars.

We didn't have long to look around BSB (not that it needed long), because in the evening we were joining the ship's Silversea Experience to the palatial Jerudong Polo Club – part of the $1 billion investment by the discredited profligate Prince Jefri, who equipped this tiny country with a set of enormous theme parks and leisure facilities that were ridiculously over the top for a population of less than half a million people.

On the way there, we drove through the government district and passed the hugely grand legislature building – a massive complex built for a legislature that has no voice whatsoever; and we then passed the enormous Prime Minister's Office – considering that the Sultan is the Prime Minister, Finance Minister and Defence Minister, all rolled into one, you'd have thought that his offices could be accommodated in his 1,700-room Palace.

On arrival, we found that the interior of the Polo Club was duly opulent, its huge ballroom illuminated by massive crystal chandeliers; and we were treated like royalty in a country where the royalty are obviously treated pretty well. There were some interesting local singing and dancing performances - sounding like a cross between Indian and Arabic music, which I guess sums up the main cultural influences here. While, the food was delicious too, and again was a mix of India and Arabia. The only downside for a group of passengers who are used to all-inclusive champagne every evening, was that this is a dry country, so we had to wash it all down with plain old fruit juice (once everyone was back onboard, there were a few strong martinis swiftly downed to get everyone back to equilibrium!).

So, we saw all the aspects of modern Brunei – mosques and stilt villages, a populace who remain deferential to the Sultan, and opulent architecture funded by oil money. It makes you wonder what this place would be without oil – would the Sultan still be in charge, and would Malaysia have taken it all over?

Brunei may not appear to have much soul to the casual visitor, but it was a fascinating experience to see it in action.