January 12th – In search of a Panama Hat in Ecuador

The unfashionable port of Manta didn't exactly present us with a stereotypical image of Ecuador. In a fairly scruffy modern urban environment, there were none of the colonial splendours that you can find in the capital Quito; while the dusty coastal landscapes on offer were no substitute for the spectacular snow-covered peaks of the Andes.

However, that doesn't mean that Manta is without its attractions. The main reason for coming here is that this area is the centre of manufacturing of the sadly-misnamed Panama Hat. Of course, most people would expect Panama Hats to be produced and invented in Panama, but Ecuador's makers of this iconic hat have found themselves on the wrong end of the worst piece of marketing in the history of headgear. Back in the 19th century, when they began to be exported around the world, they were made here but shipped from Panama – so, when the supplier was asked, "where did you get that hat?", the answer came back "Panama", and the name stuck.

But, in spite of hats going gradually out of fashion since the Second World War, these "Ecuadorian Hats" are still made in this region, and can be picked up for at least half the price that we pay for them in Europe or the US. I did a tour that showed us the meticulous and laborious processes that go into hand-weaving a Panama – a good one can take up to three-months to make, which explains why their cost can run into the high hundreds of dollars. Of course, my meagre budget wouldn't stretch that high, so I lowered my sights onto less finely-woven models, and after much hard bargaining, I picked up a fetching number for $30 in Manta's market.

Our tour also took us to the scruffy town of Chorillo to see the pre-industrial processes that still go into making string sacks out of cabuya plants – we were told that this was a dying industry, and looking at its rudimentary technology and labour-intensive processes, it's not surprising. Finally, we were taken to the Manta Cultural Museum which was not exactly stuffed with artefacts. I had forewarned the passengers that this was not going to be a highlight of their stay, but at least we solaced ourselves that it was the best museum in Manta (by virtue of being the only museum in Manta!).

For me, Manta's best feature is its long sweeping beach. It's buffeted by strong winds and pounded by big waves moving in from the Pacific, which gives it an elemental feel, but it makes for a great backdrop to the line of fish restaurants that cluster at one end. We were recommended one of these restaurants (which all looked fairly similar), and we had a delicious seafood lunch at Las Velas, washed down by large quantities of cheap beer. It was perfect.

As we sat here by the beach in Ecuador, it was amazing to think that only a week ago we'd been a world away in rainy London. It feels like our feet have barely touched the ground since then – this cruise is passing quickly. 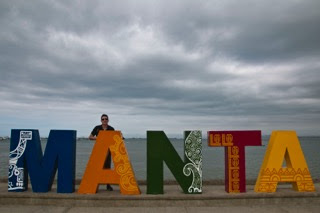 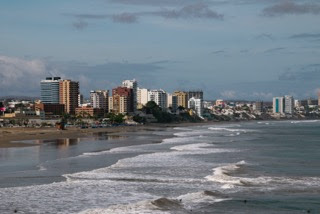 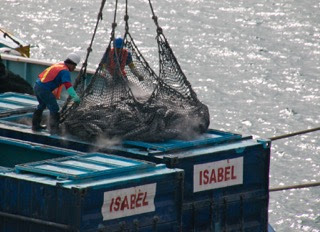 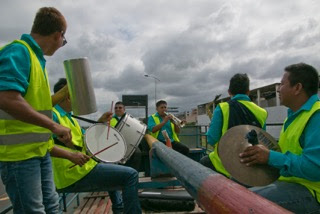 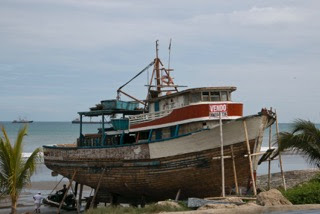 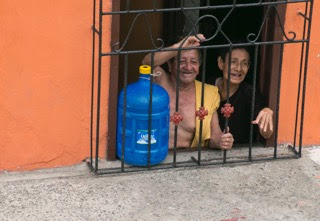 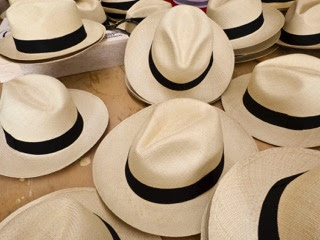 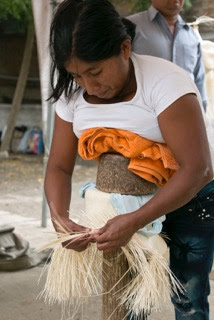 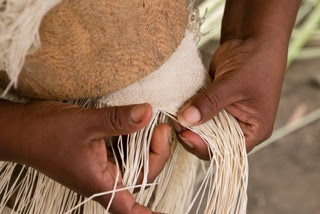