After a journey of 4,000 nautical miles and 11 consecutive days at sea (aside from our 10-minute lightning raid on Pitcairn), the sight of any land was going to look good, although our first view of a rainy Fakarava, was not the best. I wasn't really prepared for the mist and drizzle that greeted us as we passed into the atoll – the palm trees on this tropical paradise were meant to be swaying gently rather than bent over double in the gale, and the island's famous blue lagoon was looking decidedly grey.

However, the need to feel solid ground under our feet outweighed the disappointment at the weather, so we gamely caught the tender in. As we stepped ashore, the rain stopped and we were greeted by girls handing out flowers and a local band playing evocative drum music –gradually, Fakarava was turning into the exotic island paradise that we'd been expecting.

The island is basically a long sand bar, less than a mile wide, so we just wandered lazily down its one road, looking into its couple of shops and greeting the friendly locals with a "bonjour" or too. As the rain picked up and got increasingly heavy, there was only one thing to do to stop getting wet – jump into the huge lagoon that's the feature of the island.

So, we found a stretch of beach, got our snorkels out and paddled around the coral reef – visibility was good and we saw lots of colourful tropical fish. There might not be much to do on this remote island, but when you can just step into that fabulous lagoon at any point, life can't be too bad.

The weather steadily improved as the day went on and the skies brightened, although the incredibly moist atmosphere never lifted (how do clothes ever dry here?). It was a shame that those early rain showers had driven many of the passengers back onboard, because the island was really starting to unveil its natural beauty.

As we move on into more mainstream French Polynesia, the islands will get more developed and more touristy, so it was nice to start in somewhere as unspoilt and as simple as Fakarava. If the island can look as good as this with grey skies, imagine how stunning it is when the sun shines? 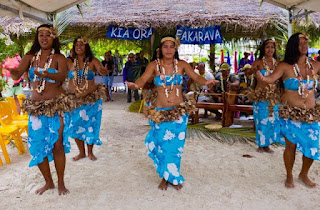 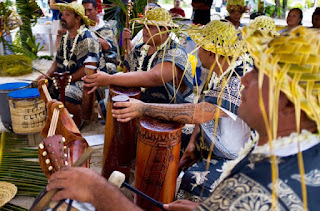 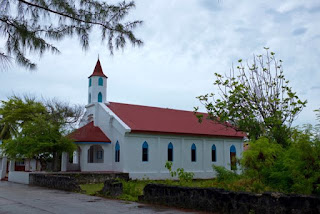 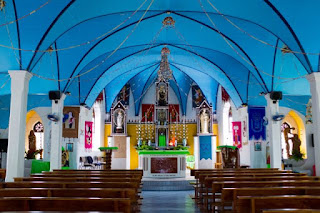 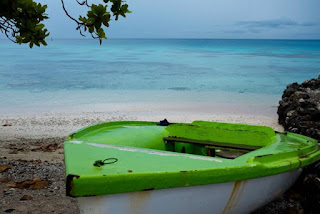 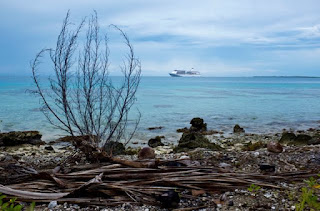