Lima has changed a lot in the last few years. I always used to find that the city had a slightly depressing edge of grime, neglect and poverty to it – yet, our two days here have shown that this has become a thriving, optimistic, and (at least on the face of it) safer city.

Of course, that doesn't mean that the city hasn't got plenty of problems to address – there are still lots of rundown buildings and people clearly struggling to get by – but, the whole place has come on leaps and bounds. In fact, the biggest problem for the tourist is a result of that economic progress – the enormous amount of traffic that chokes the streets almost constantly, that turns any trip around the city into an ordeal of traffic jams and crazy drivers.

Any trip around the swanky suburbs of San Isidro or Miraflores shows you that there's plenty of money sloshing around here – fancy restaurants, shiny apartment blocks, and large houses that wouldn't look out of place in Florida (although, the electric fences and high security presence remind you that this is the Third World). While the central colonial district has been spruced up, so that its historic architecture is looking as good as it did in the 18th century, when Lima was recognised as the most attractive city in South America.

In the morning, I did a tour around the central colonial area with a local historian, so we got some insights into the way that such a small number of Spaniards were able to take over from the massive Incan Empire, and then impose their rule and their religion upon the indigenous people who massively outnumbered them. A visit to the palatial Casa Aliaga, Lima's oldest mansion and home to one of Pizarro's lieutenants, showed that there was plenty of money to be made here; while a quick tour of the glittering altars of the San Pedro Church (the church of the Jesuits) gave a glimpse into the amount of gold that Peru was generating for Spain.

Lima's well known for its colonial heritage, but it's less well known for being one of the culinary centres of the world – in fact, in a recent survey, the city has two restaurants in the Top 50 Restaurants in the World. So, in the evening, we went for one of the best meals we've ever had, by visiting the famous Astrid y Gaston in San Isidro. We ploughed our way through the tasting menu, which had some really wonderful combinations of delicate flavours. There were some fabulously innovative takes on traditional Peruvian dishes and the service was superb. Who'd have thought that Lima was such a sophisticated place

Just when we were thinking that Lima must be a good place to live (provided you had plenty of money of course), we then had the battle to find a taxi who actually knew where the port was in Callao. Callao is not the kind of place you want to be lost in, but eventually we got back to the ship safely.

On our next day, we paid a visit to the Gold Museum, a private collection of mainly pre-Incan glittering golden artefacts. Again the trip involved lots of time in a taxi cab, either sitting in big jams or zooming over speed bumps down the side streets. But, the journey was worth it, to get the chance to feel like King Midas and descend into the vaults of the museum and see the incredible craftsmanship on show. There was more bling on show than a world cruise formal night, but we had to remind ourselves that most of it was gold-plated rather than solid gold.

After our tour around the museum, we headed for central Lima again, to see some of the celebrations that were taking place for the upcoming Peruvian National Day. There were lots of groups of Highlanders in town, dressed up in their traditional costumes and quaintly decorated like Christmas trees with lots of colourful tinsel - the Conquistadors may have taken all the gold and silver on offer from the Incas, but they still love a bit of sparkle! It was great to watch them do their dances in groups – purely for their own entertainment, and not just for us tourists.

In fact, there was a really joyful feel to the city today – lots of families out strolling or shopping. Central Lima used to have a rather menacing atmosphere, with the police outnumbering the locals on the streets, and groups of street kids hanging around – these days, it felt like a relaxed, prosperous, modern city.

If Lima can sort out its traffic, this could be one of the world's great cities. 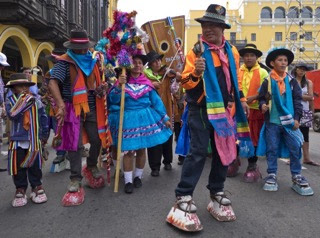 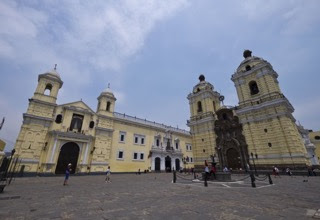 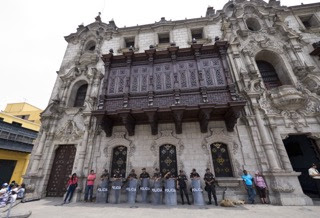 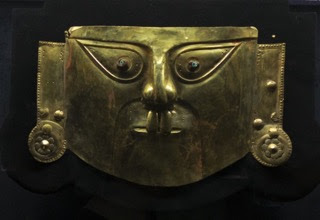 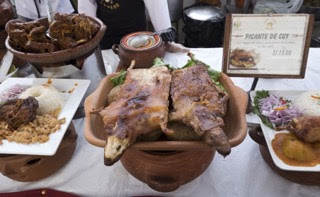 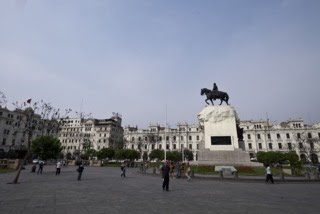 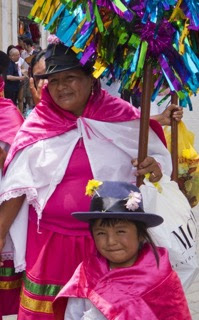 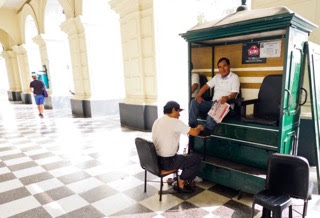