No matter how many times you've been through the Panama Canal, the crossing of this amazing feat of engineering is always a thrilling prospect. This has got to be the greatest of all the canal crossings – not just because of the amazing feats of engineering that it takes to get you through its mighty locks, but also for the wonderful nature that surrounds the canal, and the fascinating story of its construction against the odds.

We entered the canal at about 8am, and worked our way to the huge Gatun locks, which lifted us up 26.5 metres through three separate chambers that filled and emptied with millions of gallons of freshwater. Just over 100 years ago, the American engineers that built the canal came up with an ingeniously simple solution to raising huge ships (weighing in at up to 80,000 tons) up 80 feet above sea level. They didn't use any pumps – instead, relying purely on gravity and the tropical climate to provide enough water to keep things going.

The locks are simple immense, but when the ship is inside of them, they suddenly feel very small – we had quite a few feet clearance either side of us, but the Panamax container ships travelling through alongside us, totally filled these huge concrete boxes, with just two spare feet to play with. The powerful locomotives (called "mules") are there to keep you straight and guide you in and out of the locks, but at one point, one of the container ships got slightly out of line and noisily scraped along the edge of the lock in a huge puff of smoke. A 10-hour canal transit must be a tiring time for any captain, but for a cruise ship captain who wants to preserve his paintwork, with a shipload of passengers looking on, this must be a stressful piece of seamanship.

Actually, an 80,000 ton ship is pretty small these days, so the Canal Authorities have invested about $5 billion in expanding the canals, and in building new locks that are over a third bigger. The chequered progress of this project only serves to put the achievements of the original canal construction into perspective. That original project cost about $10 billion in today's money (but included all the digging of the 48-mile long canal), and it was completed under budget and a year ahead of schedule. The construction of the new locks is already two years behind schedule and is way over budget. We were told that the revised completion date is scheduled for May 2016, but the person who was doing the narration over the ship's PA system didn't appear to be very convinced that they'd hit that deadline.

From the locks, we went up to Lake Gatun, once the largest artificial lake in the world (Lake Nasser and a lake in Montana are now bigger), before we criss-crossed our way through its tropical landscape of green islands, sharing our route with giant tankers and container ships that are part of the 13,000 ships a year that pass through. It was boiling hot by now, so we retreated to the air-conditioning whenever possible; but we had to come out as we passed through the Gaillard Pass, as we crossed the Continental Divide. It was a sobering thought to consider that mountains had literally been moved, and thousands of lives lost to create this pass through the sheer rock.

Considering that all we were doing was standing and watching, it was strangely exhausting to witness, as we then made our way back down to sea level, passing under bridges and through more locks, to finally reach the Pacific, with the twinkling lights and skyscrapers of Panama City in the distance.

We saved 8,000 miles and 26 days of sailing by taking this short-cut through Panama – but just doing this transit has got to be one of the highlights of the World Cruise. 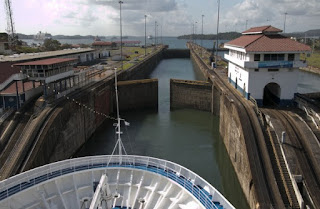 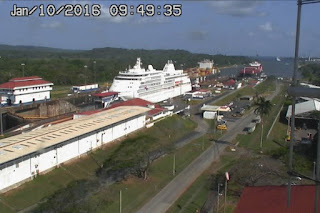 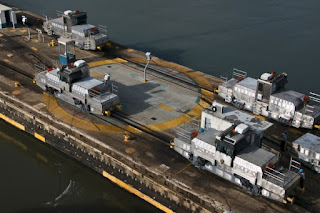 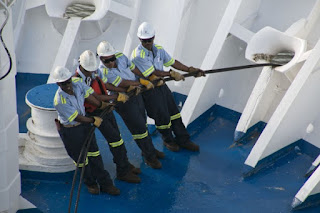 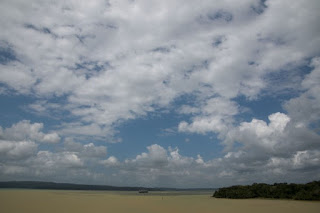 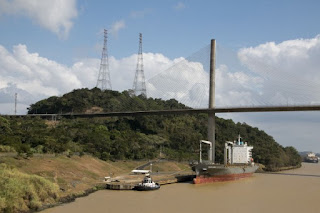 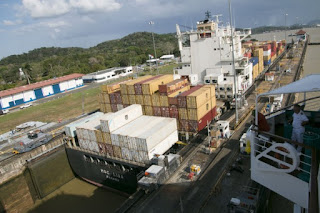 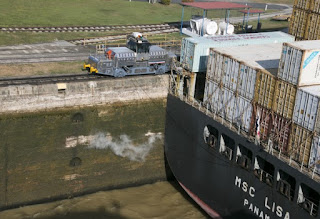 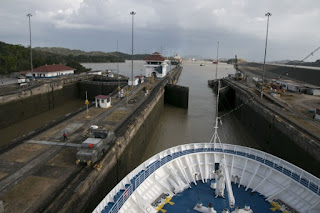