An oft-quoted statistic about Pitcairn Island, is that more people climb to the summit of Everest in a year than visit the Island. Today was our Everest.

It didn't start promisingly. As we approached this incredibly remote island, we could see huge waves crashing against the sheer cliffs of its rockface, and even when the islanders came out to the ship in their longboats, their boat was bouncing around alarmingly, and it took a long time for them to get themselves onto the ship.

Of course, the extreme difficulty of landing at Pitcairn (in addition to its remoteness) was the very reason why the Bounty Mutineers chose this unpromising location as their home in 1790 – they didn't want the Royal Navy (or anyone else) finding them. By the time they had finally been discovered 18 years later, all but one of those original Mutineers (including Fletcher Christian) was now dead.

Yet, somehow, against the odds, this tiny island (less than 2 square miles in area) has sustained the descendants of the Mutineers in the years since, leaving the current population of just 48 permanent residents living a precarious, isolated, but generally contented existence.

In fact, the islanders are very jolly people who love to talk about their island and the unique culture that's developed here. Pretty much every able-bodied islander came onboard to set up stalls selling island souvenirs and local products – they don't get many visitors, so the income from this visit was vital to them. We had some fascinating chats with them, as we tried to imagine what life is like in such a small, inter-dependent, isolated community, where so many people are related to each other.

We spoke to the island's policeman, a New Zealander who is stationed here for a year with his wife. We didn't go into the island's well-publicised abuse case of a decade ago, but he said that there wasn't much crime as such, and his job was to try to keep the community on friendly terms with each other – to sort out problems and disputes before they turn into crimes. In such a close-knit community, any fallings out would be major affairs, so he has his hands full. What a fascinating job.

Just as we'd given up hope of actually getting onto the island, the Captain announced that conditions had improved, and that the islanders were offering to ferry us over to the island on their longboats, so that we could briefly step foot on this most hard-to-visit of all cruise destinations. So, we ran down to the boarding area, donned our lifejackets and began to pray.

It was some exercise getting us onto the longboats, which were pitching up and down by about 2 metres – somehow, the ship's crew and the hefty islanders got us on safely. If it felt like a rollercoaster ride - as the adrenalin levels shot up, we had to remember how dangerous this could be if it wasn't done properly.

We then made our way through the pounding surf to the jetty, skilfully steered in through the dangerous rocks – the ship's tenders would never have made it. But, the fear factor ensured that the sense of exhilaration of actually stepping ashore, made it feel like the moon landing or ascent of Everest for us cruisers. I've never had a feeling like it, just to step foot on an island.

Unfortunately, we didn't have time to do much more than take a few photos and get back on the longboat – because, the trip back onto the ship was obviously going to be even trickier than getting us over here. But, we ploughed our way through the breakers coming straight at us, and we made it back to the ship. This is where the fun and games started. The boat was bouncing around even more than before, so it was a painstaking exercise of waiting for the exact moment to step off, before the boat violently lurched up or down.

Once safely onboard, I felt distinctly jittery – this was the most exciting tender ride I've ever had, where the destination was almost of secondary importance to the journey to get there. I wish I'd had longer to explore this unique island, but my brief glimpse of it was a blast. 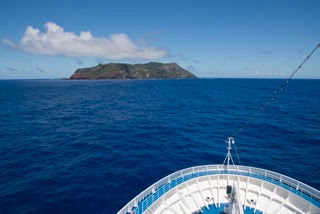 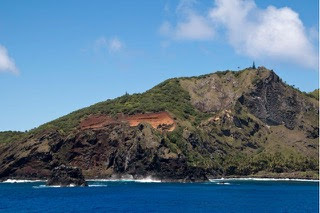 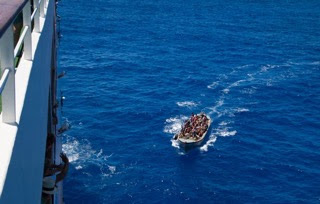 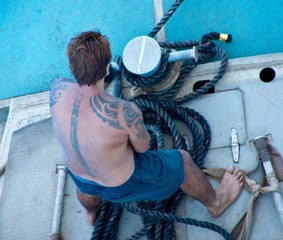 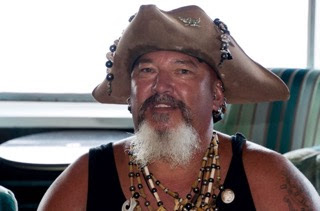 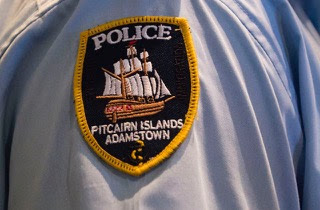 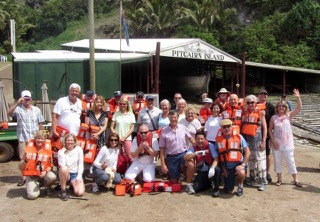 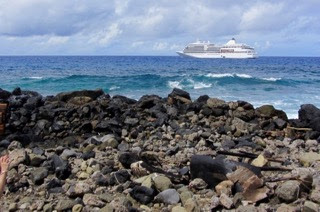