When we think of Peru, we tend to think of just the Incas and Machu Pichu. But, our half-day in Salaverry proved that there's far more to this amazing country than just the legacy of the Incas. In fact, Peru has probably the greatest concentration of archaeological sites anywhere in the world.

Salaverry is just a small port town, but it's close by to Peru's third-largest city, Trujillo – a town that has layer, upon layer, of history. As you approach its outskirts, Trujillo appears to be a fairly standard modern town of scruffy suburbs and semi-finished buildings. Then you get to its colonial centre and you see that it's filled with so many grand buildings from the 16th and 17th centuries, the glory days of the Spanish Empire, when colonial Peru was growing rich on the gold and silver that they were sending back to Spain.

But, Trujillo's main interest pre-dates all this, from the time when it was home to two of Peru's greatest pre-Columbian civilisations – the Moche, and the Chimu. Tracy joined the tour to the amazing Huaca de la Luna and Huaca del Sol, ancient adobe pyramids, covered in colourful art from the 1st to the 7th centuries AD. While I went to the enormous abobe city of Chan Chan – the capital of the Chimu civilisation, which lasted from the 10th to the 15th century AD.

The thing that strikes you about Chan Chan, is just the sheer scale of the city – a place that was home to over 60,000 people. In spite of the fact that they hadn't invented the wheel, the arch, or even stairs, this huge city featured incredibly complex architecture, enormously tall walls, and wide open monumental squares. The fact that this was all set in what appeared to be totally barren desert, gave the whole place a mystical, ghostly quality.

As you toured around the narrow corridors between the wide dusty plazas, you're constantly speculating on what kind of society could have created all this. However, because the Chimu weren't a written civilisation, and because their culture was swiftly assimilated by the Incas who conquered them, most of what we "know" about them is indeed speculation.

But, what the archaeologists are fairly sure of, is that the palace complexes that we were exploring, were probably gigantic mausoleums for individual kings, who after their death, would have been buried in there with their numerous wives and concubines (who'd have happily allowed themselves to be sacrificed), and then these great constructions would have been shut off to the world. The similarities with other vanity-projects-cum-architectural-masterpieces like the pyramids of Egypt are fairly obvious. Man's vanity, and his need to be remembered long after he's gone, runs throughout history, and throughout the world's cultures.

Even though we were only scratching the surface of Trujillo's fabulous historical legacy, our half day here gave us a truly fascinating insight into Peru's role as one of the cradles of civilisation. 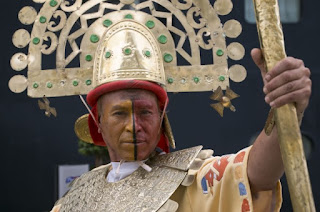 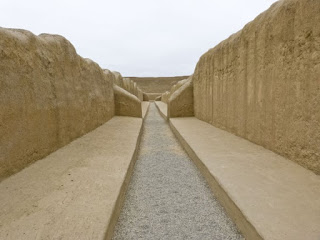 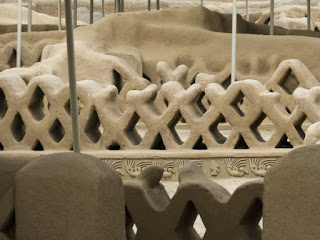 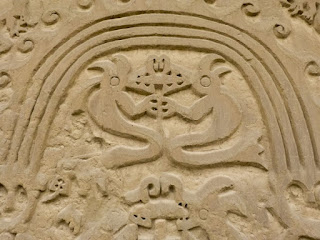 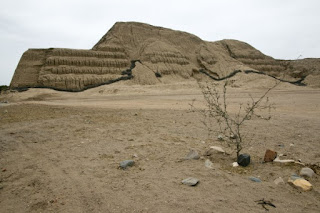 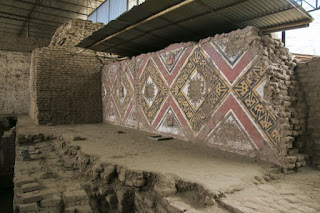 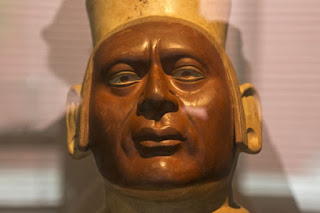