January 8th – Back to Nature in Puerto Limon

Today we arrived in one of the meccas of eco-tourism, Costa Rica – a place that's all about its natural sights and its dripping rainforests. Our port of call, sleepy Puerto Limon doesn't have many attractions to detain you for long, so this is a place where you need to get out of the city to explore the unspoilt nature that covers this undeveloped section of Caribbean coastline.

In a verdant territory that receives over 6 metres of rain a year, I had warned the passengers to expect at least some rain, but today we were incredibly lucky with the weather – it was hot and humid, but mainly blue skies and no rain. But, even if the rainforest didn't quite live up to its watery name, it did give us a glimpse into how much of this continent looked before the arrival of man. Actually, the rain-soaked conditions and steep mountains on Costa Rica's Caribbean coast prevented anyone from putting down strong roots here until the late 19th century – something that's cleverly been turned into a positive, as the eco-tourism industry is now taking full advantage of the mainly unexploited terrain.

While Tracy did a boat trip along the serene waterways of the Tortuguero National Park, I joined a tour that took us up into the Veragua Rainforest, a dense green blanket of tall trees, enormous ferns, and moss-covered foliage. As you breathed in the moist air, it felt like you really couldn't get much fresher than this.

We visited the rainforest centre, which had exhibits on the frogs, insects, snakes, butterflies and reptiles that inhabit this super-fertile environment. It was just as well that we could see them in the displays, because when you were in the rainforest itself, most of them were so well camouflaged that they weren't visible to my untrained eye. However, you certainly knew that those frogs were there – the whole forest was buzzing with their noisy calls and croaks, and on the few occasions when they shut down their white noise background music, the quiet forest would echo with the exotic calls of the many birds that live in the canopy.

We caught the Rainforest Aerial Tram which took us on a slow glide through the canopy up and down the steep hillside, as we got a bird's eye view on this wonderful eco-system. On the way, we caught a few tantalising glimpses of Costa Rica's most iconic animal – the wonderfully inactive sloth. This charmingly ugly creature is so lazy that moss grows on its unkempt fur, and we were told that it only be bothered to come down from its tree-top perch once a week, just to defecate – what an exciting diary entry that must be for this couch potato of a beast!

Once we'd returned to the port, we had a chance for a quick look around Puerto Limon itself. The town had been built during the coffee and banana boom of the late 19th century, when a new railway finally linked the coast with the rest of the country. The demise of the railway, the fall in banana prices, and an earthquake in 1991 have all combined to give the town a rather shabby appearance, but it's a cheerful and friendly place that had a relaxed Saturday afternoon atmosphere. There's not much to see here; but, with music blaring from the shops, smoke rising from the barbeques of the streetfood vendors, and people chilling out in the restaurants and bars, it was a pleasant place to have a quick stroll around.

Costa Rica's tourist board likes to promote the country with the slogan "Pura Vida" – Pure Life – and with landscapes and nature as pristine as this, I think they've encapsulated this beautiful country perfectly. 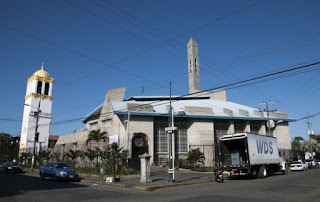 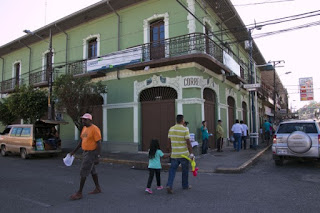 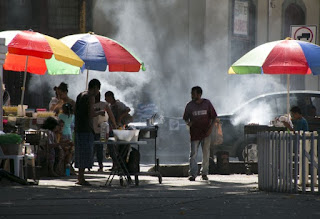 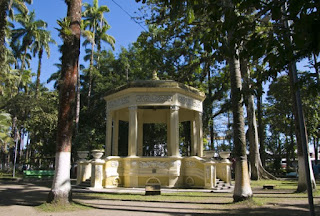 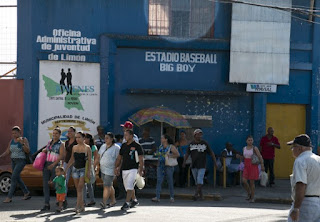 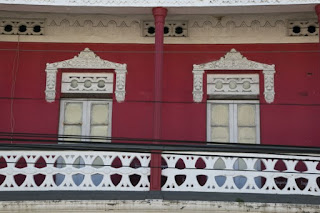 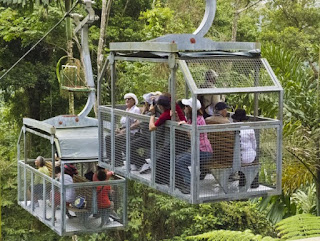 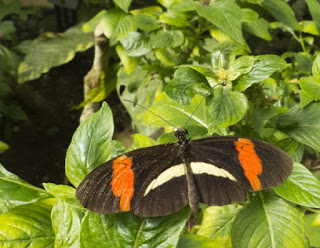 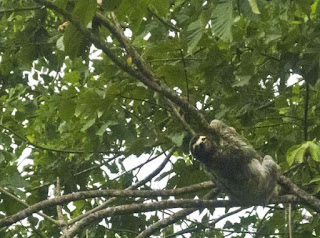 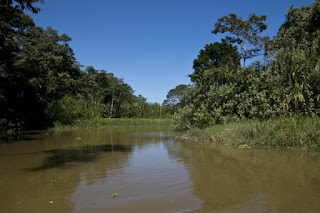 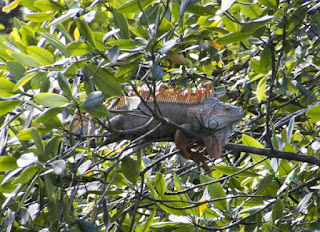 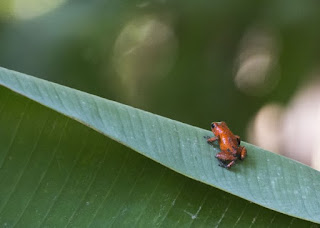