In the past we've explored the beautiful island of Moorea, by bus, by jeep and by boat; so, today it was time to explore by a different form of transport – by bicycle. This lush tropical island is incredibly mountainous, so we were sensibly not planning to climb up any of those steep volcanic peaks – instead, we were going to stick to the coast road, which (from memory) was fairly flat.

From the pier, we went to a local hotel to hire our bikes, and the extreme unfriendliness of the worker there almost made us give up on the idea. But, we weren't going to allow his jaded arrogance to spoil our view of this island, so we handed over $20 each for 4 hours of bike rental. We'd actually toyed with the idea of renting for 8 hours, but fortunately we worked out that 4 hours of cycling was more than enough for our unfit legs.

The bikes weren't in bad shape, although they were those fixed gear ones, where you peddle backwards to break and there's only one gear – fine for the flat, but not good for hills (as we were to find out).

So, we merrily took the coast road around the incredibly scenic Cook's Bay and Opunohu Bay, enjoying the odd cooling breeze to break up the very hot and humid conditions. Even though tourism has well and truly discovered Moorea, the island still had a fairly undeveloped feel to it, and most people seemed to be enjoying simple Polynesian lifestyles here. We passed small farms, white beaches, historic churches and sprawling villages, all backed by the incredibly blues of the lagoon behind them – as we huffed and puffed our way around, the views were breathtaking in every sense of the word.

The coast road is marked by "PK" markers (Pointe Kilometrique), that denoted our progress in kilometres. As we ticked off 15kms one way, our legs were already feeling heavy and we had become hot, sweaty messes, so it was time to head back. At this point, it seemed that the wind was always blowing against us, and that we were constantly going uphill (although we didn't remember many downhills on the way out). Finally, as we got back to Cook's Bay, it was a delight to see the ship, and a chance to rest our (by now) very weary legs. The cold beer at the end of the ride has never tasted better.

Cycling is a great way to explore Moorea – next time, we'll try to find a bike with gears! 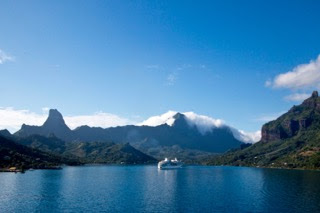 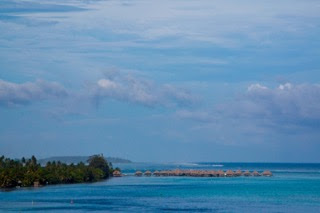 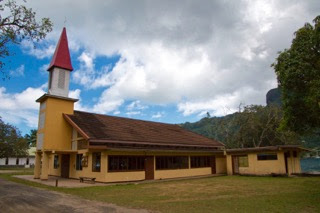 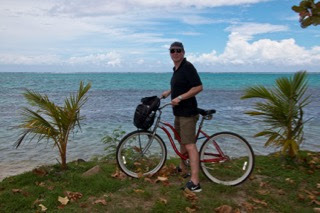 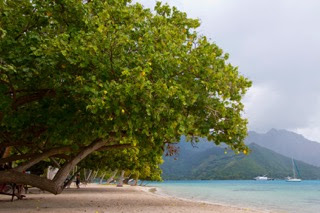 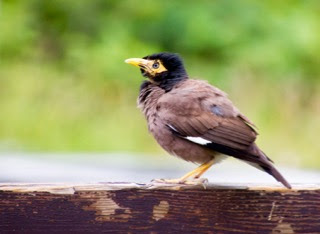 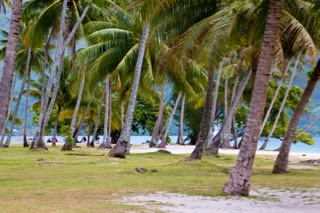 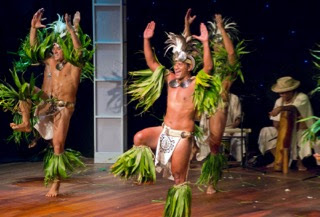