July 3rd – Having a Rest in Karlsruhe 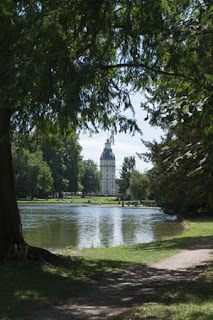 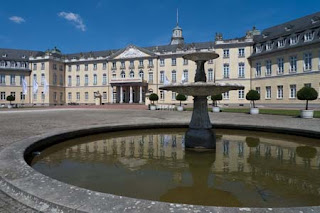 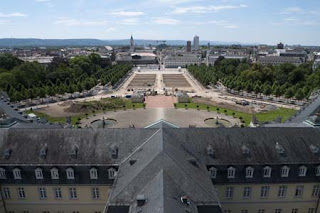 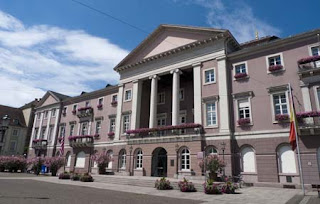 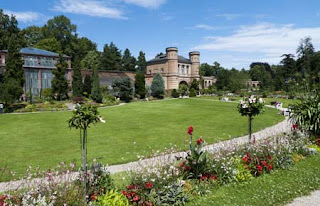 Karlsruhe appears to be a very pleasant place to live. There's some industry on the outskirts, but the centre of town has a very comfortable, relaxed atmosphere.

The town was built in the early 18th century by the Margrave Karl – the town literally means "Karl's Rest" – apparently he wanted to build a home away from his nagging wife, so he and his mistresses could enjoy themselves in peace. I'm not sure how much actual resting he was planning to do here.

So, Karl built himself a huge palace, which was to be at the centre of the town, and its streets radiated out from the schloss like a fan. Unfortunately his splendid pleasure palace was left a burnt out shell after the bombs of the Second World War, but the outside has been totally restored since the war. We visited the museums in the re-built schloss, and although they didn't spend much money on the modern interiors, the views from the tower were magnificent. From up here, you could see the shape of the carefully planned city below you, and also see how many parks and green areas there were.

The city looked just as nice from the ground level too - this is as close as Tracy has got on this trip to uttering the words, "I could live here".