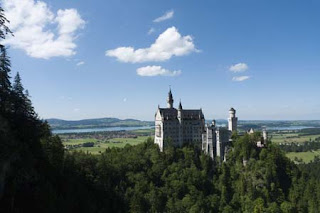 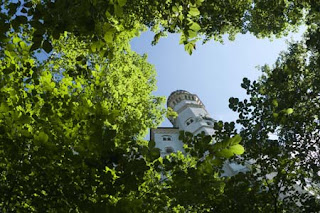 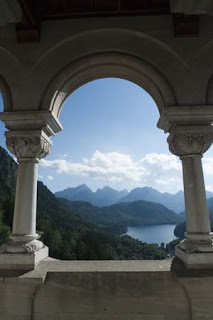 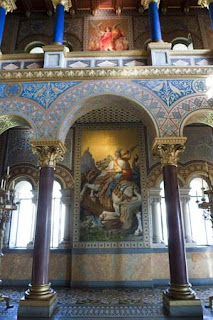 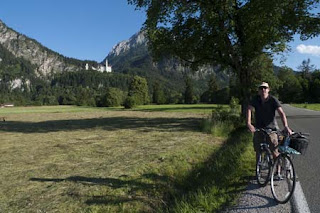 Now was the time to see Mad King Ludwig's fantastical piece de resistance, the castle that really put the "Mad" into his unfortunate nickname - the amazing Schloss Neuschwanstein. This is probably the most famous castle in the world, inspiring Walt Disney amongst many others; and when you see this Gothic fantasy from a distance, with its turrets, towers and mountainside location looking like something from a fairy tale or film rather than a real building, it comes as no surprise that he employed a set designer rather than an architect, to design this amazing architectural indulgence.

The whole thing looks too good to be true, and this is the ultimate expression of the 19th century monarch's restless desire to go back to a more romantic time, when Kings ruled without questioning from their forbidding Gothic castles, rather than having to do what they were told to do by politicians.

The more you find out about Ludwig, the more he seems like a 19th century Michael Jackson. Both were creative but frustrated personalities that never really fitted into their worlds; both had endured difficult relationships with domineering fathers; both had childlike tendencies that needed to be indulged; both loved fairy tales – Neuschwanstein was Ludwig's Neverland; both were loners who probably had doubts about their sexuality; and both sadly died unfulfilled, alone, and penniless in their forties in mysterious circumstances.

Anyway, the setting in the mountains was spectacular (it's a long, steep 30-minute walk uphill from the ticket office), and the tour of the amazing rooms gave an excellent insight into the obsessions and preoccupations of this tortured but creative soul.