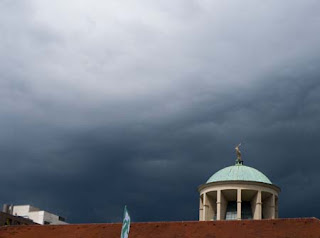 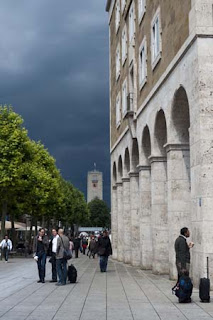 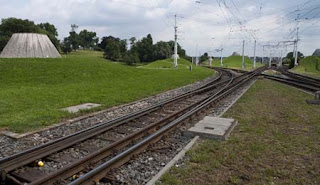 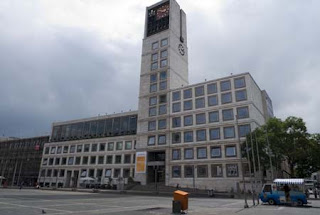 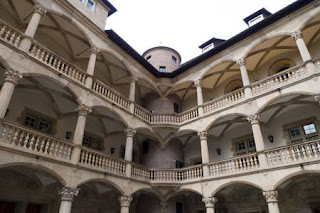 So we've now arrived in what is reputedly the richest city in Germany, and probably Europe – Stuttgart. This is a real engineering powerhouse, being home to Mercedes, Porsche and Bosche amongst others, but once you're in the green city centre, it doesn't feel industrial at all.

Obviously, all this industry attracted the allied bombers in the Second World War, but much of the monumental architecture managed to survive or has been re-built, although the shopping streets have a similar concrete feel to many British town centres.

My mission here was two-fold – 1. Get a haircut; 2. Find some marmite. It's been almost 3 months since my last haircut and I've been looking increasingly shaggy and unkempty; however, the thought of asking for my "style" in a language I don't speak has been filling me with dread, so I keep putting it off. But, Tracy has now had enough of walking around with the Fifth Beatle, so she dragged me kicking and screaming into a hairdressers.

The price I was quoted was at least twice what I'd pay at home, but the fact that the nice young lady spoke perfect English meant that I'd pretty much pay any price she said. Half way through I did have a cut that was uncannily like Adolf Hitler's, but in the end, she did a pretty good job (even if I do say so myself).

Next we headed to "The English Shop", where my prayers were answered and they had marmite – again twice as expensive as the UK, but again, I'd have paid any price.