October 16th – Lifestyles of the Rich and Famous in Ephesus 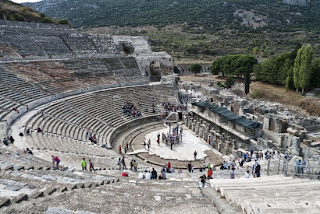 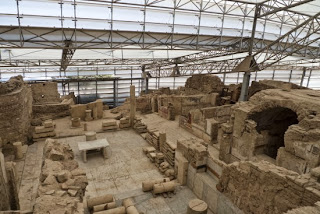 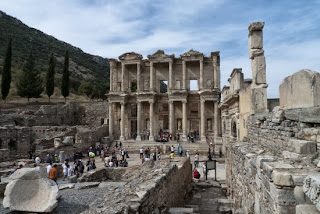 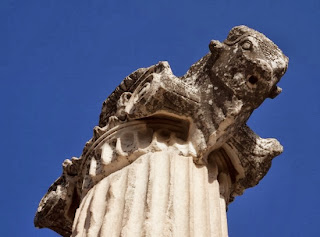 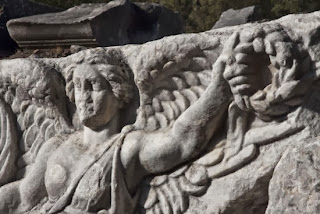 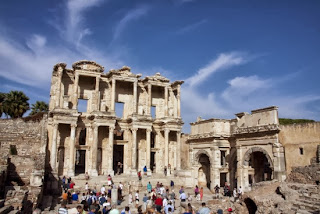 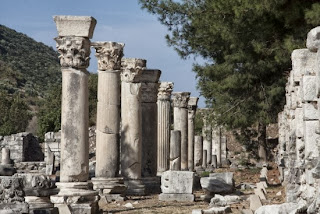 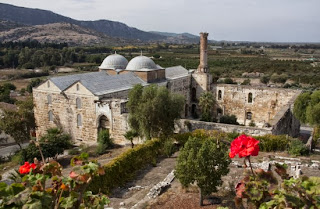 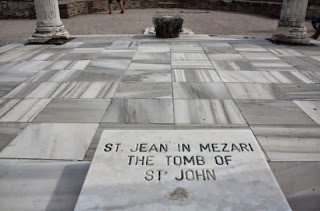 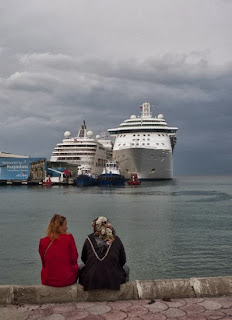 Well, Spetses may have closed down for the end of season, but Kusadasi in Turkey is certainly still going strong. With 5 cruise ships in town today, it meant that the stunning ancient site of Ephesus was always going to be busy; however, the sheer grandeur of the place meant that the crowds of people faded away when compared to the marble-clad set-pieces of the city.

Back in Roman times, Ephesus was the second biggest city in the Empire (after Rome), with a population of around 300,000 (by comparison, the much more complete, but much less grand ruined city of Pompeii had about 50,000 people living there). Unfortunately for the Ephesians, the port that had made it a great trading centre silted up (to the extent that it's now 5 miles from the sea), and then repeated earthquakes and landslides left virtually everything reduced to rubble and covered over. Since the 1960s, ongoing archaeological work has uncovered just 15% of the city; but what has been revealed and reconstructed gives a great glimpse of how rich and how magnificent Ephesus would have been back in ancient times – colonnaded streets, a complex sewer system, a 25,000-seat theatre, various baths and public toilets, plus the iconic marble facade of the Celsus Library.

We headed to the focus of the main archaeological work today, the so-called Terraced Houses – a block of enormous lavish mansions that were totally unlike any terraced houses you'd see in the UK – this was the choicest address in town, the Beverley Hills of Ephesus. The largest villa covered 1,000 square metres, contained its own heated baths, its floors decorated with intricate mosaics, and its walls lined with marble and frescoes (still bearing their original colours). Our guide was one of the archaeologists working on the site, painstakingly putting together the pieces of one of the biggest jigsaw puzzles in history, and he took a great deal of pride in the civilisation that he was studying. He pointed out that these homes could boast plumbed-in toilets, yet the Palace of Versailles, built 1,500 years later didn't have any indoor toilets.

The whole site really does reinforce just how advanced the Roman civilisation was, and makes you wonder what amazing riches wait to be discovered if and when the archaeologists can get to work on the rest of the site.

A great place to start the cruise – fingers crossed that the lovely weather continues.