October 21st – Looking Down on Dubrovnik 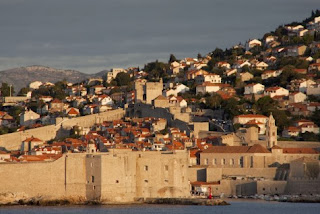 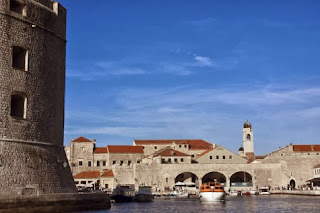 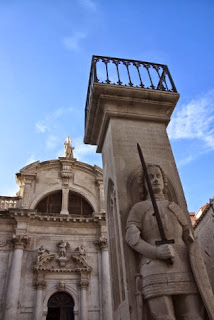 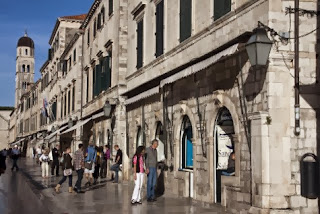 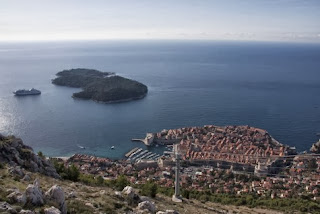 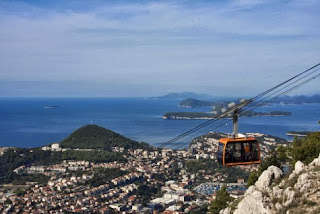 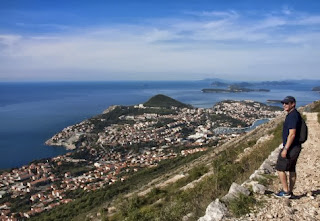 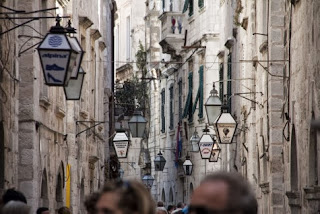 We've been to Dubrovnik enough times to have done most activities here and seen the city from all angles – but, one thing we haven't done before was to take the cable car up to the top of the steep hill/mountain behind it. From up there, you get another idea of what a picture-perfect town this is – its red terracotta roof tiles, complementing the grey of its encircling limestone walls, contrasting with the deep blue of the Adriatic.

There's a nice cafe at the top of the hill, so we stopped for a while soaking up the panoramic views. The tranquil atmosphere up there contrasted nicely with the tourist hustle and bustle down at ground level, and it also brought into perspective the traumas that the city went through 21 years ago, when the Serbian gun emplacements were set up roughly we were sitting. From there, the people down below were sitting ducks and the shelling almost destroyed the entire fabric of this historic city. Numerous signs in town still urge its people to "Never Forget" the "Serbian Aggression", so it's clear that the wounds of the town's traumatic past haven't totally healed as yet. However, looking down on the city today, you really wouldn't know what it's been through, the restoration process has been so good.

Seeing as our legs weren't hurting too much after yesterday's Montenegrin trekking, we decided to punish them further by walking down the mountain rather than taking the more sensible cable car option – with those incredible views in front of us, it was a nice walk even though the pathway was very rough and a bit slippery.

Back down at sea level, the tourist hordes had begun to invade, but fortunately they weren't in the overwhelming numbers they can be during the peak season, so the timeless historic atmosphere wasn't too swamped. So, we did some exploring down its marble-lined streets and ducked into a couple of Dubrovnik's trademark baroque churches, before catching the tender back to the ship looking back at those imposing walls from the sea.

Whatever way you look at it, Dubrovnik is an incredibly beautiful place.