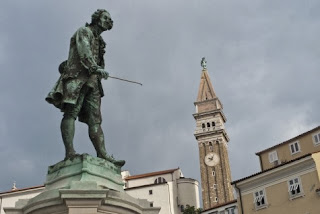 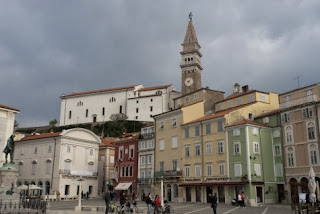 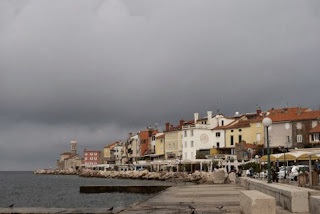 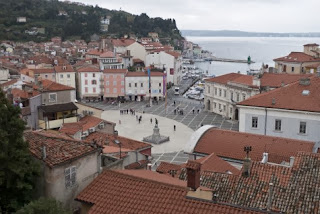 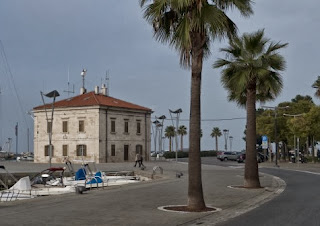 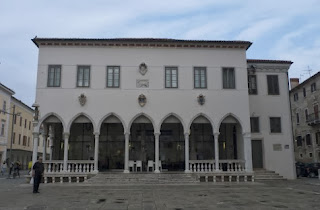 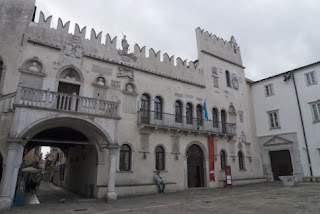 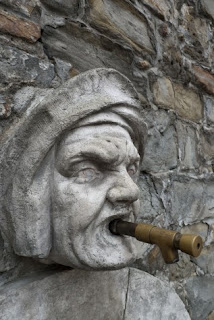 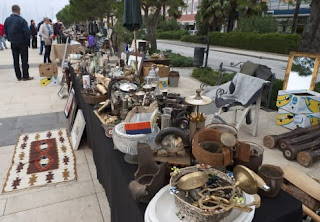 You'd have thought that three days' trekking around the mean streets of Venice would have satiated our desire to see Winged Lions, Venetian Campanile, and all things Venetian; however, our stay in Koper in Slovenia, gave us a chance to explore yet more Venetian heritage. That's because, for most of its history, Slovenia's tiny stretch of coastline was dominated by Italian influences – it was a Roman province for 3 centuries, it was a part of the Venetian Empire for 5 centuries, and it was a part of Italy between the Two World Wars. In fact, right up until 1945, most of Koper's residents were ethnic Italian, and even now, the city is officially bi-lingual.

It's not often that you get to explore a country's entire coastline in the space of a morning, but seeing as Slovenia has only 29 miles of coast, we were able to get the bus up and down most of its length, with time to stop off and explore 3 attractive little towns. Plus, the great thing about Slovenia is that it has just about the best infrastructure of all the former Eastern bloc countries, so its roads are great, its towns are clean and well organised, and its buses are super punctual.

From Koper (known as Capodistria to Italians), we caught the bus to the beautiful little town of Piran (Pirano) – a little Venetian gem wedged onto a peninsula on the Adriatic pointing out to Venice. The town was so gorgeous that Tracy was only off the bus for 3 minutes before she uttered the words, "I could live here", although her enthusiasm was slightly tempered by how deathly quiet the place was (very different to how lively it gets in the summer months).

Our next stop was Izola (Isola), which wasn't quite as picture-perfect as Piran, but had a bit more life going on – its bric-a-brac market seemed to be full of ex-Yugoslavian military uniforms and equipment, which would have been useful if we'd been going to a Balkan War-themed fancy dress party, but not very tempting otherwise.

Finally we got back to Koper, which with 25,000 people is the largest town on the coast, even if there wasn't much evidence of its population on the streets, seeing as all the shops shut on a Saturday afternoon. Nevertheless, it's quite an attractive place considering that it's a busy working port, and it had all the Venetian elements to tick off – tall campanile, elegant loggia, impressive palazzo, and pizza restaurants everywhere.

On an autumnal day, we probably didn't see this coastline at its best, but our putative road trip plans for next year are now under review – we may be coming back to Slovenia sooner than we thought!