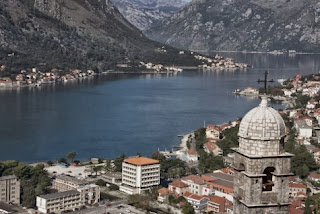 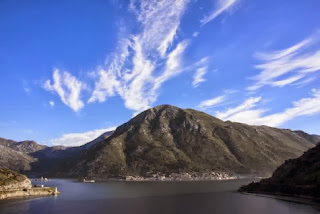 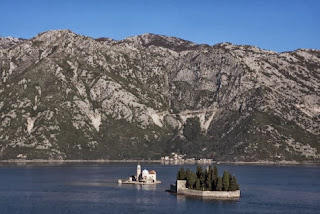 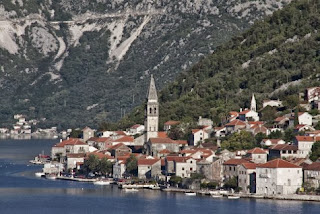 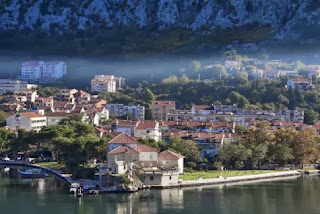 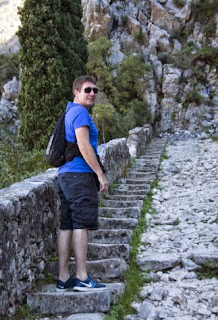 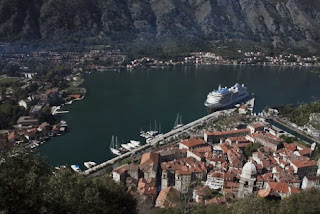 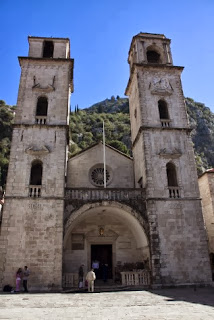 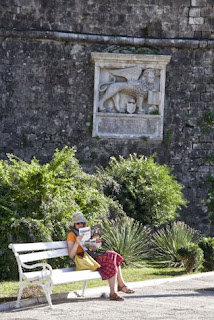 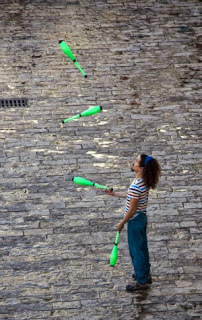 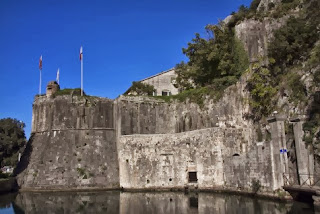 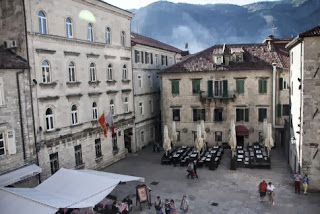 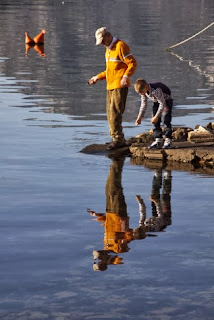 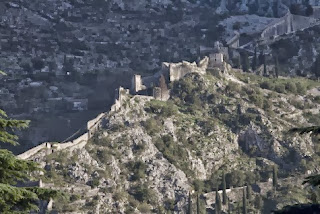 You get some pretty good sail-ins in cruising – Sydney, Rio, Stockholm, and Venice (later in this cruise) are all unforgettable – but sailing into Kotor in Montenegro, down the awesome Kotor fjord has got to be one of the most spectacular approaches to any port in the world. This morning we slowly glided for 12 nautical miles down this serene waterway with barely a ripple in the dark waters, surrounded on both sides by steep mist-clad mountains, to the sound of church bells ringing in the little villages and towns perched on the edge of the fjord – it was magical. The scenery looked so ridiculously perfect that it was like something created on the computers of the Lord of The Rings films.

At various points, the fjord narrowed to just 300 metres wide, and we made sharp turns to the left or the right as we passed historic church-topped little islands, and made our way down to the very end of the fjord to Kotor. Because of the twists and turns of the fjord, the town is virtually hidden from the sea, which in the Middle Ages made it the perfect place for its sea captains to use as a base in the dangerous, pirate-infested waters of the Adriatic.

Such was the prowess of Kotor's mariners, that this tiny little town grew incredibly wealthy from the 15th to the 18th centuries, which has left it with a wonderful array of beautiful stone buildings – renaissance palaces and baroque churches, all enclosed within its sturdy walls. In this period, the town became a satellite of the mighty Venetian Empire (as ever in this part of the world, the Winged Lion of Venice was much in evidence on its buildings), which allowed its sea captains to hone in on the lucrative trade between East and West.

Once on shore, we decided to take part in the definitive Kotor experience, climbing up its ancient city walls that take a steep snaking path up the precipitous mountainside, to the St John's Fortress, a full 230 metres above fjord-level, and a thigh-aching 1,300 steps up to the top. In between our struggles to breathe and keep climbing, the views over Kotor and the fjord were truly breathtaking, although we did question why they carried the walls on so high up the mountain, when surely they could have made it a bit lower. We struggled just to walk up there, so how they carried the cannons and all the ammunition and supplies that they needed, is beyond me. Fortunately, coming down was much easier than ascending, although I think we're going to be walking rather stiffly tomorrow.

Back down at the bottom, we just wandered at random around this tiny city's labyrinth of historic streets, passing more stray cats than even Greece or Turkey can boast per capita, and bumping into about 10 different wedding parties taking photos or singing merrily. These wedding parties gave the town a real life that stopped it from being too much of a time capsule or tourist trap.

Another wonderful day, in one of the most amazingly located towns in Europe.