July 22nd – Is Rhodes Bouncing Back?

Was it wrong to be revelling in the fact that we’ve enjoyed having so many of these Greek Islands to ourselves? It’s been a guilty pleasure to be walking around places that would/should be packed at this time of year, but have been refreshingly tranquil.

On a super-hot day, our visit to Lindos today was like the world had gone back to normal – not the “new normal” where sights were uncrowded, calm and socially-distanced, but the old normal where it often felt like you were cheek-to-jowl with perspiring holidaymakers from around the world. Admittedly, the queues to climb up to the Acropolis of Lindos weren’t quite back to old levels, but standing there with bare-shirted and bikini-clad tourists from Russia, Germany and France, was a reminder that mass tourism could be about to be unleashed once again.

Our guide told us that this past week, they had received more tourists than the population of the entire island – over 120,000 people. Seeing as she had only had one guiding job in the past 12 months, then she was obviously happy to see the tourist influx resume.

Of course, the magnificence of Lindos’s Acropolis overshadowed our fellow culture vultures from around the world – its classical columns looking superb against the deep blue of the Aegean. In fact, the site was a perfect reflection of the passage of history on this island – Ancient Greek columns, restored by 20th century Italian occupiers, next to Byzantine churches, surrounded by medieval walls built by the Knights of St John.

Rhodes Town was a lot more calm, and a lot less crowded. So, we enjoyed a very leisurely lunch at the former home of the Knights of Auvergne, and then had a tour around the Palace of the Grand Masters. By now, the effects of the heat and a large lunch were sapping our ability to soak up too much culture; however, the Palace is still one of the more impressive relics you can find in the Greek Islands (even if it’s largely a 1920s confection created by Rhodes’s  imaginative Italian occupiers).

It was great to see Rhodes’s tourism industry beginning to bounce back after a disastrous previous year – get out here quickly before things return to the “old normal”. 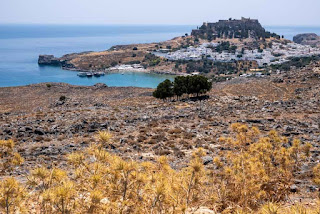 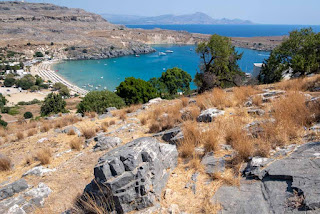 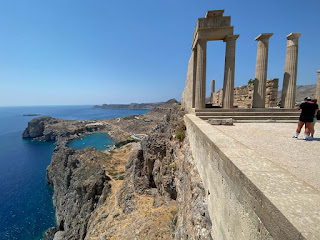 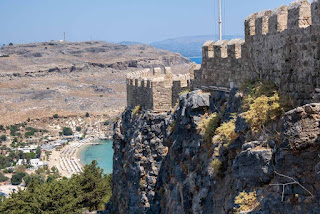 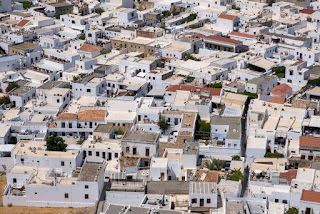 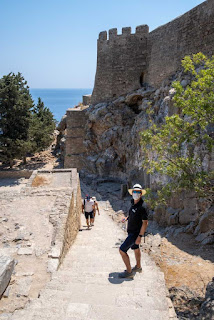 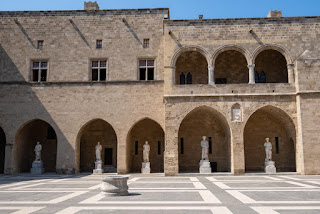 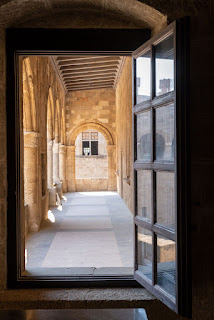 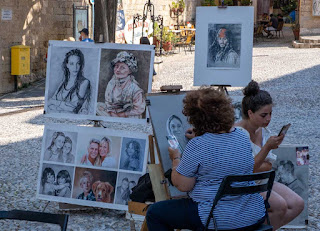 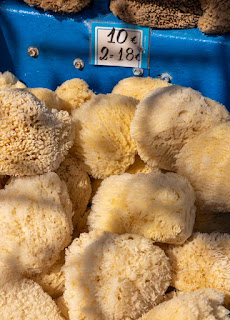