July 29th – Syros – Is Cruising Back to Being the New Normal?

When we first arrived in Syros just 20 days ago, we were literally giddy with excitement – after the year we’ve just had, everything was new, exciting and wonderful. 20 days later, everything is still wonderful, but thankfully the experience of blue skies, warm breezes, gorgeous waters and beautiful towns is feeling a bit more “normal” by now. Long may it continue.

Syros is rapidly turning into one of our favourite Greek Islands. It has an everyday buzz that other islands of its size tend not to have. As a working island, it doesn’t have its focus on international tourism – every waiter initially spoke to us in Greek rather than assuming we were tourists (although they very happily switched to English on seeing our blank faces).

But, just because it’s not focused on tourism doesn’t mean that it doesn’t offer what tourists want. If you like beaches, great food and a relaxed atmosphere, then Syros fits the bill. In fact, we didn’t even have to go to a beach to have a lovely swim. Just 5 minutes from the port is a concrete “beach”/platform where you can swim in the incredibly clear azure waters. We stationed ourselves in a trendy bar overlooking the sea and jumped in whenever it got too hot. After a couple of days on the super-hot Greek mainland where it was bordering on 100 degrees F (38 C), here it was “just” early 90s F (32 C) and the water felt fresh.

One of the joys of cruising the Greek Islands is that the distances between ports tends to be smaller, so that means plenty of late departures – tonight we left Syros at 11pm. It might seem crazy to eat off the ship when the food onboard is so incredibly good, but every now and again it’s great to have a totally different dining experience in a local atmosphere. So, we went for sundowners on the waterfront in a bar facing the ship, and then we went to the busy backstreets to find a local taverna. There’s lots of choices, but we were glad that we were eating a little earlier than most of the locals, because within half an hour of sitting down, it seemed like every restaurant was full.

We gorged ourselves on the simple but tasty food – with crowds promenading past, men on accordions busking away, and cats scavenging for scraps at our feet, this is an atmosphere you don’t quite get onboard a ship like the Silver Moon! This is what cruising is about – 6 star luxury one minute, mixing (socially distanced of course) with the locals the next.

I’m so happy to say that cruising has become our New Normal once again. 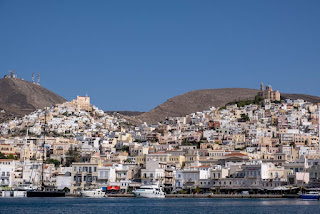 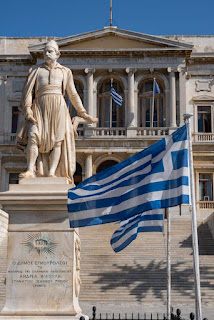 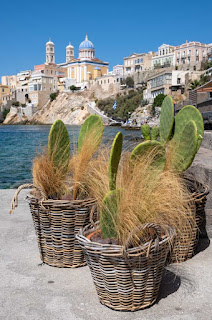 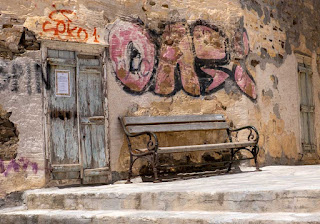 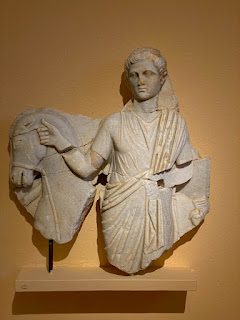 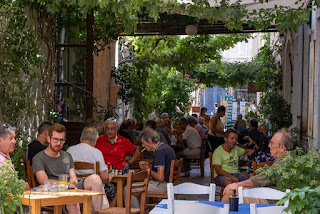 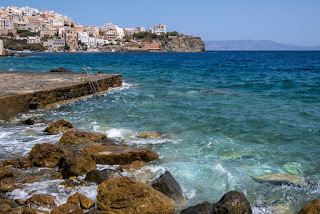 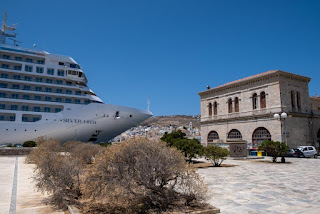 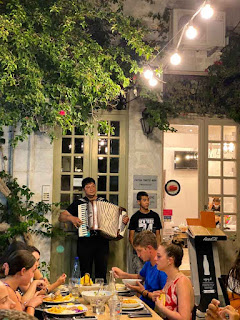