When you haven’t been able to travel for over a year, it’s quite likely that pretty much anywhere different could seem idyllic. But, I have to say that we loved our day in Syros.

The list of what we loved wasn’t hard to compile – searing blue skies, turquoise seas, warm breezes, relaxed island atmospheres and delicious food. It was like everything that we’ve been missing since the pandemic, had been rolled into one place.

Actually, Syros isn’t your typical Greek Island paradise. By the standards of the Cyclades, its capital Ermopouli (population 20,000) is actually quite large and busy. The shipyard in the harbour immediately told us that there’s an industrial side to a place that doesn’t all revolve around tourism. While, the historic Catholic churches we saw told the story of an island that was mainly Catholic for most of its life – Greek Orthodox people have only been in the majority since the mid-19th century (and Catholics still make up over a third of the population).

It felt so incredibly liberating to be exploring somewhere different, so we decided to walk everywhere. We marched through the town’s monumental central square; we trekked up the steep hills to Ano Syros (with its whitewashed labyrinth of alleys, this was stereotypically Cycladic); we called in at huge Orthodox churches; and we passed by neo-classical mansions from the town’s 19th century glory years. We visited the town’s superb theatre (a pint-sized copy of La Scala), and walked by the town’s concrete “beach” where people were floating lazily in the crystal-clear waters. It was like Covid had never existed.

It truly takes you to have an enforced absence from something, to really appreciate it. 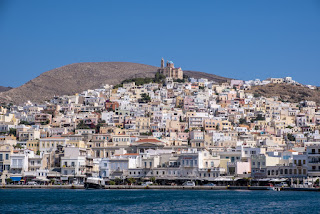 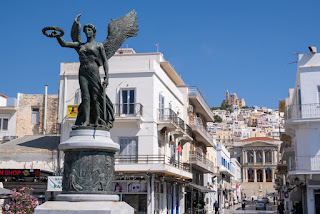 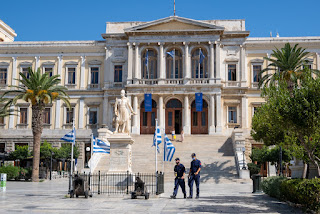 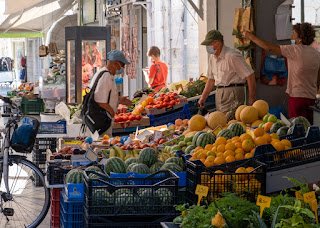 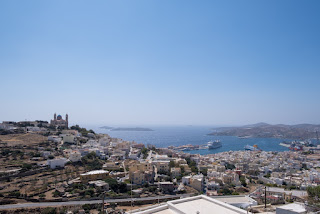 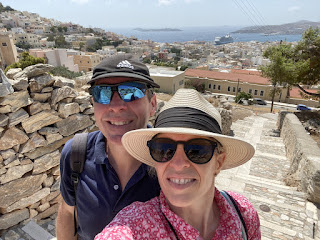 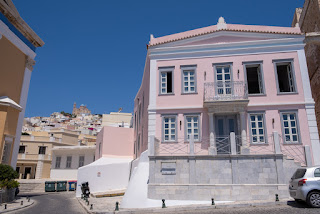 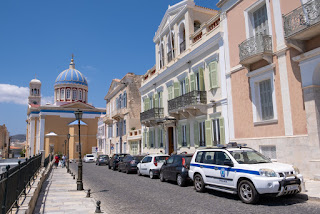 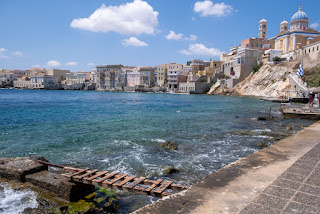