When it’s 36 degrees (97F) outside, it can narrow your sightseeing ambitions a little. Fortunately, we’ve been to the impressive ancient ruins at Mycenae and Epidavros plenty of times, so we were happy to stick to some low-key exploring of the beautiful town of Nafplion instead.

For me, Nafplion is the most attractive town on mainland Greece, so it was nice to walk around its shady pedestrianised streets covered in bougainvillea and enjoy its peaceful atmosphere. Actually, the town was pretty quiet considering that it’s now the height of holiday season, but maybe everyone was just sheltering from the heat.

When it’s this hot, the only thing to do is head to the beach, and as we walked around the picturesque path that encircles the rocky headland that shelters the town, it became apparent that this is where all the people were. But it wasn’t difficult to see why they had come here – the waters were all kinds of shades of alluring blues and turquoises, and the sea breezes were taking the edge off the heat.

We stationed ourselves in a shady spot in the beach bar while most people fried themselves on the pebbly beach below. It was heavenly taking in the views, feeling the warm air on your face, and popping into the sea every time you felt like a cool down. The water was beautiful – clear and cooling.

Every time we come to Nafplion we vow to come back here for longer – in fact, we had planned a month-long stay here last year but the pandemic put a stop to that. This piece of paradise deserves a longer visit. 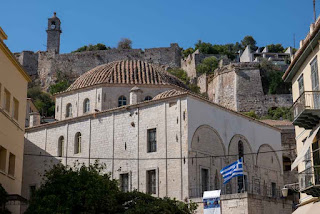 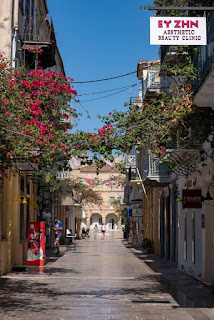 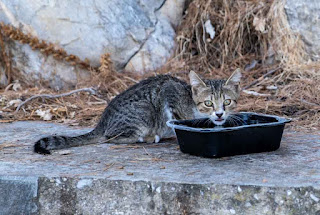 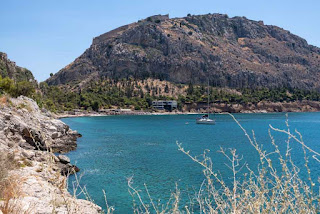 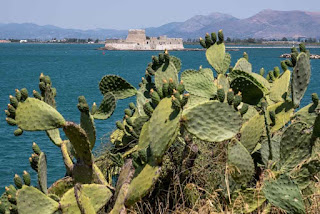 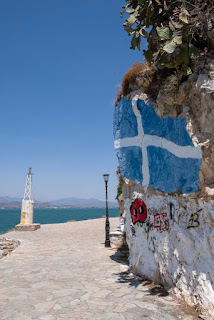 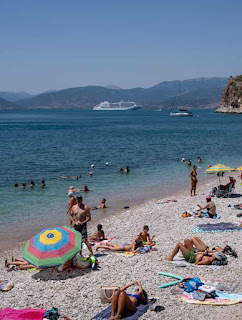 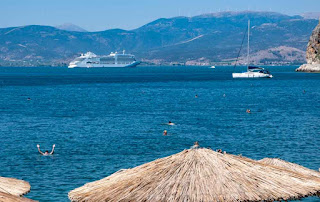