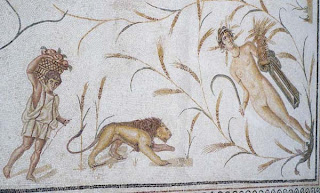 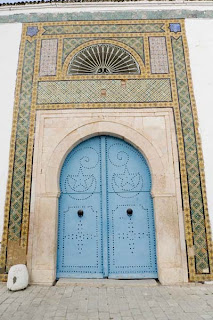 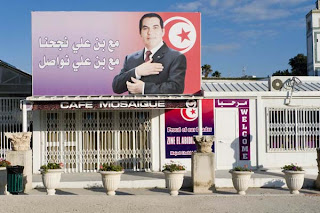 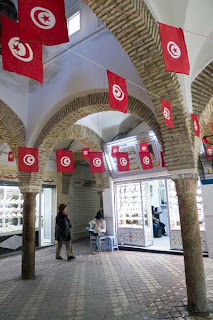 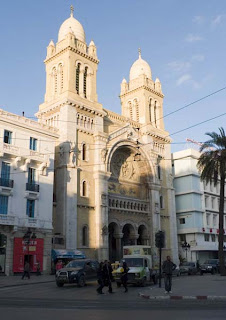 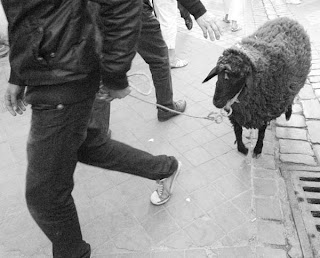 We went to the wonderful Bardo Museum to see its world-beating collection of mosaics, from ancient Carthage and the country's many other excellent Roman sites.

After that, we went to the atmospheric Medina, a labyrinthine warren of alleyways lined with stalls selling carpets, gold jewellery, leather goods, souvenirs and all manner of things we didn't need. The place was quite crowded and noisy, which can make it seem quite an intimidating place if you've never experienced it before, so most of the passengers, who stuck to the tour guide like glue, even when he took them into his favourite carpet shop, and let the owners give them the hard sell.

To avoid the constant sales pitches, we went through the Medina and emerged out the other side, into a different world of wide boulevards, elegant colonial buildings, sophisticated pavement cafes and normal shops. This was the "nouvelle ville" laid out by the French in the early 20th century, and it's really the heart of modern Tunis, rather than the Medina, whose shops and stalls seem mainly to be aimed at the tourists.

Walking around here, no-one hassled you, and the atmosphere was actually fairly European – at the very least, it reminded us of the most westernised bits of Istanbul.

On the way back to the ship, there were lots of well-fed sheep being taken for a walk along the streets of Tunis – the poor sheep looked perfectly happy, and were unaware of their imminent fate. All those sheep were going to be for the chop in two days time, for the feast of Eid, when it's traditional that most families will slaughter a sheep and have a big feast.