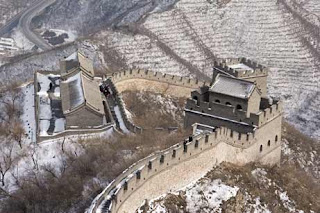 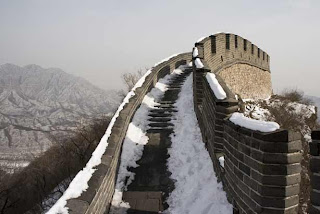 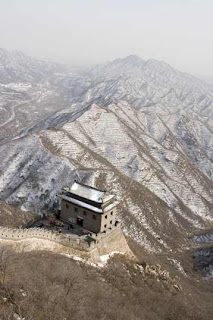 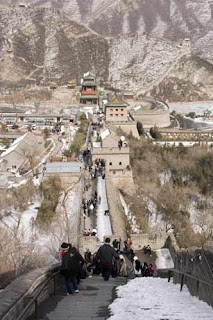 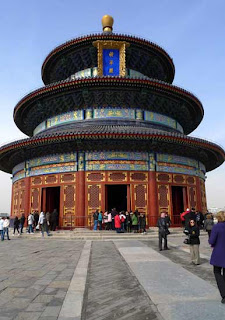 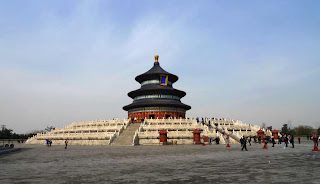 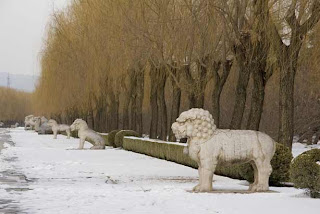 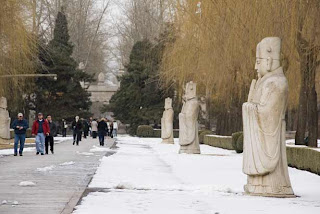 It was an early start to beat Beijing's frantic traffic, to get out to The Great Wall of China and to beat the tourist crowds. After about an hour's drive, we had our first sight of the breathtaking wall, snaking its way over the snow-clad hills ahead of us. The section that we were visiting has been well-restored, but unlike some other sections, it doesn't have a cable car taking you up to the top of the hills that the wall runs along, so climbing the wall was down to foot power alone.

The first few hundred yards were fine – fairly flat, with just a few steps; but then it got difficult. The wall started to climb at an incredibly steep incline, with the icy steps irregularly spaced, from six inches high to one foot high, which meant you constantly had to check your footing with each step. The upsides of this heavy duty exercise, was that firstly the tourist numbers gradually began to thin out, and secondly, I certainly didn't feel cold anymore, as the sweat began to drip off me.

As my thighs began to burn, the views got better and better, and you also begin to think about the amazing logistics of building the wall (this bit was re-done in the 15th century under the Ming) – those poor workers would have had to climb up here every day, carrying all the building materials up with them, with no machinery. The wall stretches from China's coast, all the way to the Gobi desert, for over 3,000 miles – again, the scale of it all, is scarcely believable.

Having climbed past 4 watch towers, I made it all the way to the wall's end (well the end of this section) – the terrain beyond the section was so steep, rocky and impassable, that they felt they didn't need to continue with the wall. Lazy!

Strangely enough, climbing up those 1,000 or so steep steps for 40 minutes was probably the easy part – looking down at how steep it was and how icy it was too, began to fill me with dread. As I descended gingerly, my legs literally began to wobble like jelly, and I was down to just a T-shirt by the time I made it down the bottom. This is one of those iconic places in the world, where you have to pinch yourself to make sure it's not a dream. The sense of exhaustion, only added to the sense of exhilaration in just being there in the first place.

Having recovered from The Great Wall, we went back to Beijing, to visit the sublime Temple of Heaven – Imperial Beijing's spiritual heart. This was another incredibly impressive set piece, with the symmetry of its tiered blue roofs and the ornate carvings of its woodwork, this is one of the most beautiful Temples I've visited.

On the way back to the ship, one passenger commented to me, that visiting the Great Wall was the last thing on his list of places to visit before he died – hopefully that wasn't a prediction!