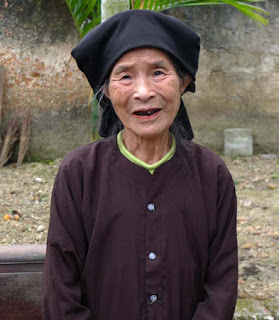 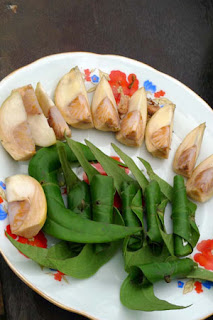 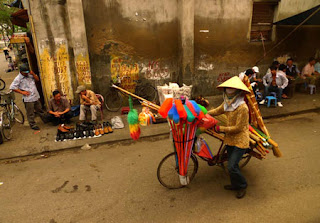 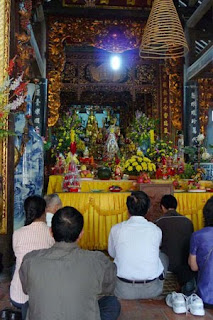 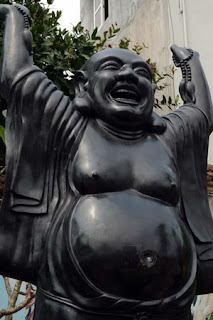 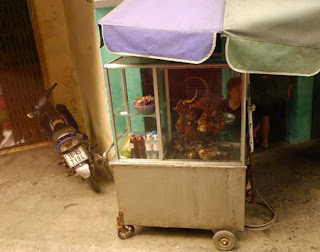 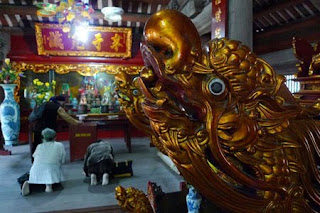 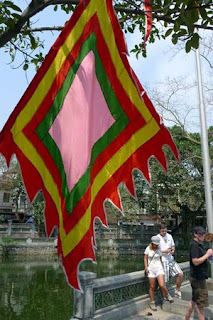 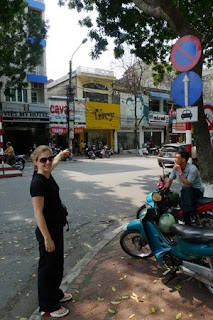 We are in Halong Bay overnight, so that people can go to Hanoi, but as we've been there a few times before, we took a trip to explore the Red River Delta.

We first drove to a remote little town, to visit a traditional farm – this place is definitely not on the tourist trail, and the kids still had an innocently curious interest in us, as they followed us about, daring each other to get closer to us, and then running away giggling hilariously if we tried to talk to them. At the farm, we were met by the old grandmother, who tried to get us to chew some betel nuts. When she smiled, she scarily revealed a set of totally blackened teeth that would have given a dental hygienist 10 years of work – needless to say, no-one fancied having a chew.

Tracy felt that she was finally getting to grips with our guide's fairly strong accent, but then asked why he was going on about a "vegetable T-shirt"? It turned out the words he was trying to say, was "very superstitious". He got his own back, when he told us that the way we pronounced the Vietnamese for thank you, "Cam un", sounded to a Vietnamese like we were saying, "Can I have some noodles".

We then went to the port city of Haiphong, Vietnam's third largest city, which seemed to have a fairly frenetic atmosphere. Our coach drove us down narrow lanes which seemed way too small for that size of vehicle, and we passed by busy street markets, selling everything under the sun, including what we guessed could only be roast dog. If it wasn't man's best friend sitting there on a skewer, I don't know what other animal it could have been.

We went to a Buddhist Pagoda, full of gilded statues and incense smoke, and a traditional Communal House built out of teak wood – of interest mainly because there wasn't too much else historical in town; before moving on for lunch to the optimistically-named "Harbour View Hotel", a hotel with a view of a car park and some buildings.