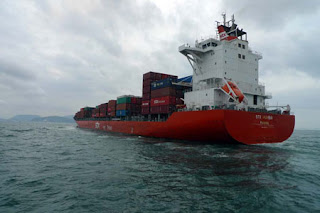 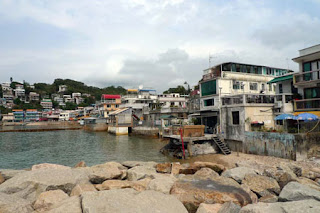 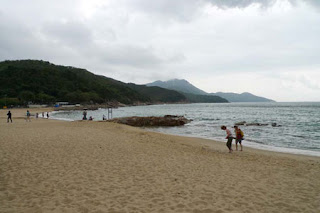 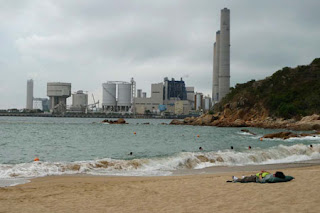 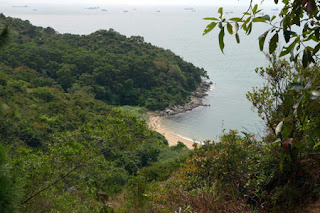 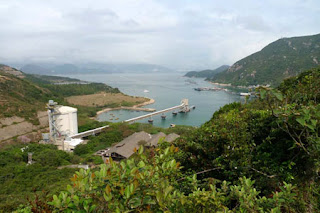 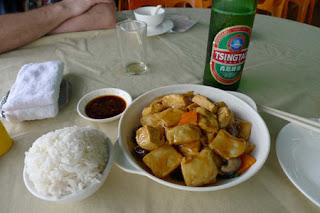 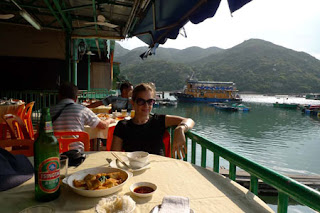 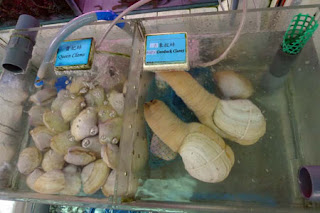 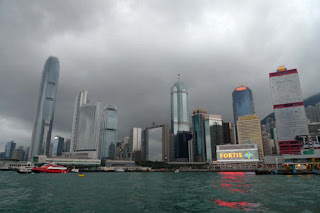 Today we took the ferry to one of Hong Kong's outlying islands, Lamma Island, for another alternative view of Hong Kong life. A 40 minute ferry ride, to us to the little village of Yung Shue Wan, which is reputedly home to Kong Kong's Boho Set. Whilst we didn't see too many bohemians, there's a very laid back vibe to the place, with lots of ex-pats, and restaurants and bars. The bar we ended up having a quick livener in, wouldn't have been out of place on the Costa Del Sol, or Gibraltar.

We followed a 2 hour marked trail which takes you over the top of the island and along the coast, to Sok Kwu Wan, where you can pick up another ferry to take you back to Central Hong Kong. Again, we'd been transported to another world, of sub-tropical forests and golden sandy beaches (you don't tend to associate Hong Kong with beaches); and even though there were quite a few others doing the hike, there was a really peaceful air to the island.

We didn't get to Sok Kwu Wan until 4pm, so we combined lunch and dinner and had a blow-out at one of the seafood restaurants overlooking the bay. Even though they had tanks filled with live seafood (some looking more like aliens than sea creatures), we went safe and stuck to tofu and chicken. As the sun went down, and the (thankfully cheap) Tsingtao beer went down well too, it felt like you couldn't be in a much more idyllic spot.

On our return to Kowloon, we headed out to the Temple Street Market with a bit more purpose than last night. My "Rolex" from Ho Chi Minh City has been losing time on a regular basis (you could set your watch by it), so I bought a much cheaper replacement that I wouldn't care so much about when this one goes wrong – I don't think this one is a knock off, or at least I hadn't heard of the brand it was knocking off. The "Rolex" is now on notice, and if it loses any more, it's going in the bin.

We then found a cheap streetside restaurant, which sold drinks at a much more reasonable price than last night's rejected bars, so we sat down, relaxed, and did some serious people watching, at the non-stop action of the market.