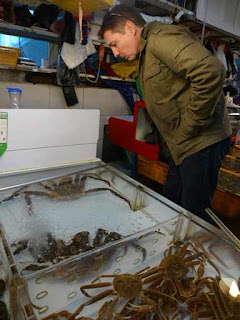 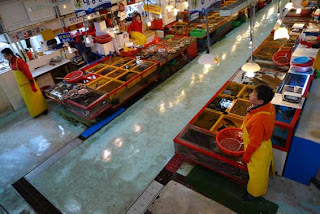 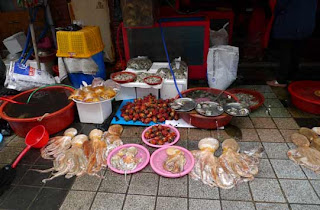 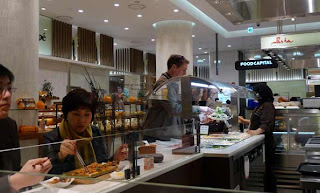 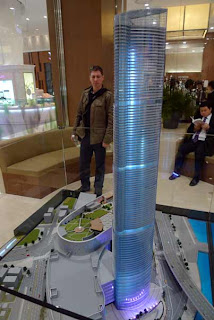 Busan (South Korea's second biggest city) is a place we've been to quite a few times before, so we decided to have a relatively lazy day. We went into town and visited the lively Jagalchi Fish Market – Korea's largest fish market. The sights, sounds and smells of the market are unforgettable - there were huge tanks of fish of all shapes and sizes, swimming around, ready to be yanked out and disembowelled for the consumer, and bowls full of creatures the like of which I've never seen before.

We went to the floor above the market, where there's lines of restaurants where you can eat the fish you've just bought. It was the kind of place where you'd be eating the freshest of fresh fish with the locals and having a really authentic experience; but unfortunately, seeing as everything that anyone seemed to be eating was raw, and because the menus were in Korean and no-one spoke English, we chickened out.

Instead, we took the safe and boring option, and we went to the sanitised world of the Lotte Department Store, and its fabulous food hall. The Department Store has just opened, and it's next to the construction site of what will soon be the world's second tallest building – a massive 107-storey skyscraper that's due to be finished in 2013. At the moment it's only about 50 meters tall, so it's not going to make the Guinness Book of Records for a little while yet.

Thankfully we weren't regretting our raw fish aversion for long, because we had a massive spicy seafood stir-fry which they cook on a hot plate in front of you, after you've selected a huge amount of vegetables to go in it. It was delicious and way, way too much food.