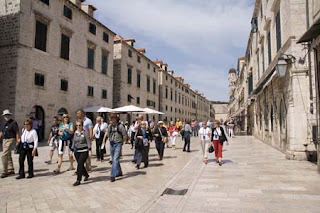 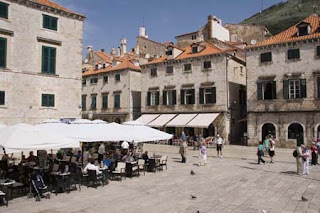 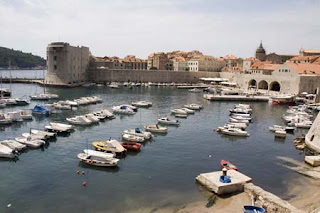 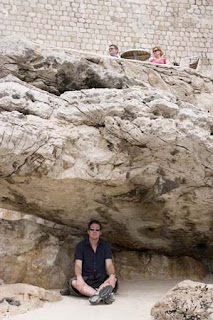 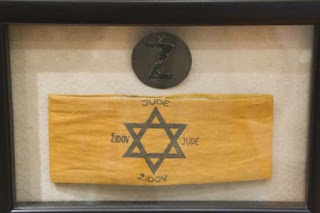 The beautiful city Dubrovnik is one of those cities that's perfect for a day trip – there's so much history to discover, but it's only a small place, all enclosed within its imposing medieval city walls. The downside of this, is that throughout the summer, it's invariably packed with day trippers like ourselves.

Even though "only" 3 ships were in port (I've actually seen it totally overrun by 7 ships at once), the narrow historic streets were extremely busy with tourists, and the main street saw a constant procession of visitors – quite how the 50,000 people who live here cope with all this tourist mayhem is anyone's guess.

After some general exploring of Dubrovnik's gleaming limestone streets, lined with exquisite Gothic and Baroque palaces and churches, we visited the town's Customs House, the Sponza Palace. Inside the palace, there was an exhibition showing the damage that had been done during the siege of 1991, during the Yugoslavian civil war, in which over 2,000 Serbian artillery shells hit the city. When you see how spotlessly perfect Dubrovnik is today, it's amazing to think that all this damage hit the city less than 20 years ago. You can only hope that the pain and hurt suffered by all sides in the war has been put to one side by now, and that the bitterness isn't lurking below the surface – the constant references to Serbian "hostility" and "cruelty" suggest that the psychological damage of the conflict may take a lot longer to repair than the physical damage to the city.

Next we visited Dubrovnik's medieval synagogue – the oldest surviving Sephardic synagogue in Europe. Back in the Middle Ages, Dubrovnik was a relatively enlightened place by the (admittedly low) standards of the times, and they allowed Jews fleeing from the Spanish Inquisition to settle in the city, and to worship freely. Sadly, many of the Jewish families who'd lived here for centuries, were persecuted by the Fascist regime that ruled Croatia in the Second World War, and it was chilling to see a display of the yellow armbands they were forced to wear.

As we explored, it was plain to see that quite a few of the people in the tourist industry were suffering from a weariness of dealing with tourists (particularly the grumpy man in the synagogue) – as this is just the start of the main season, I dread to think how tetchy they'll be by September.