May 7th – Exploring Sicily From Palermo 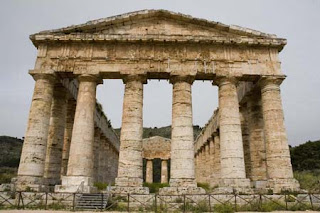 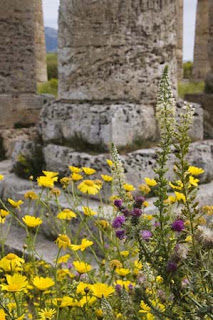 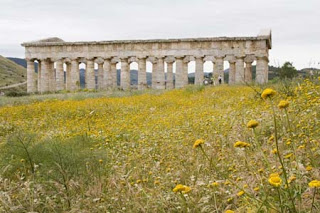 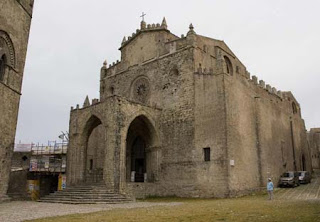 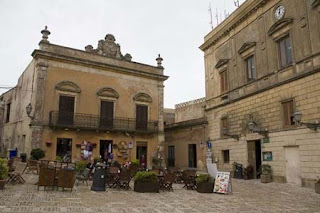 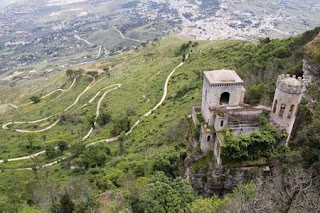 Instead of braving the mean streets of Palermo, we took a tour into the countryside to see the fabulously preserved Greek temple at Segesta.

Back in Ancient Greek times, Sicily was an incredibly important outpost of Greek culture, and it's still home to some amazing ancient Greek temples and theatres. Segesta is probably my favourite ancient site on the island, because its magnificent Doric temple is so complete, and it's also in such a beautiful location – in the middle of green rolling countryside of long grasses and wild flowers.

After our tour round the temple, we progressed up the winding roads above the port of Trapani, to Erice, an atmospheric little hill town that looks like it's preserved in the Middle Ages. Modernity has scarcely touched this place, which has been used as a film set for countless medieval films.

According to our guide, the town is virtually deserted in winter time – he said that only 14 people live here in the harsh winter months – but it springs back into life at this time of year, as the tourist trade begins to hit town, and the cobblestone streets are lined with touristy shops and restaurants.

We soaked up the medieval atmosphere of the narrow streets and savoured the spectacular views across the coast below it, before having a deliciously simple but tasty meal in an unpretentious local restaurant.

A wonderfully relaxing day, and a massive contrast to a day spent in chaotic Palermo.