May 9th – Windswept in Kefalonia 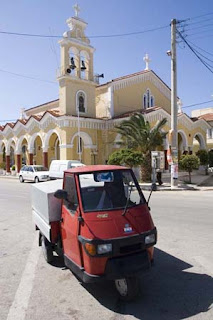 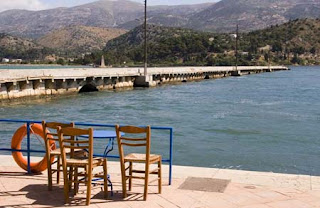 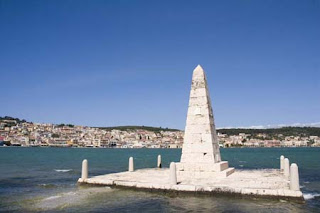 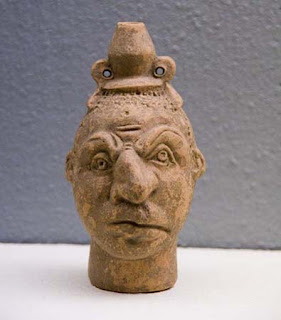 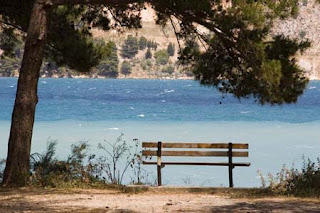 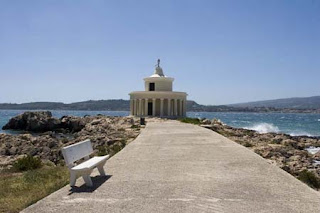 Today we visited Argostoli, the capital of the Greek Ionian island of Kefalonia.

Kefalonia has a long history of Ancient Greek and Roman heritage, in addition to being part of the Venetian empire for 400 years, and even being part of the British Empire for 50 years in the 19th century, but unfortunately, most of its history and heritage were destroyed in a massive earthquake in the 1950s. That means that the capital has a fairly modern look to it, but nonetheless, it's a pretty place, set in an enormous bay of turquoise and deep blue waters.

Argostoli's bay also seems to act as a wind tunnel, funnelling down the strong winds that blow in this part of the world; so even though it was beautifully sunny and warm, it was a day where you constantly had to hold onto your hat, as 40 mph winds howled across the waters.

We were blown down the picturesque waterfront to the Drapano Bridge, a low bridge built by the British in the days of Empire, and we attempted to make our way over the windswept crossing, to see the British Monument sitting in the water, commemorating the days when Britannia still ruled the waves. Then we ventured into town, to discover that Argostoli on a windy Sunday in May, is not the most lively of places – admittedly the pavement cafes did get steadily busier as the day wore on.

We visited the town's Archaeological Museum, which had an interesting collection of finds from around the island (reputedly, the best collection of Mycenaean pottery in Greece), and then went on a long walk to discover another relic from British times, the Lighthouse of St Theodore, housed in a striking neo-classical rotunda. At this point, the winds were making it difficult to stand up straight, never mind hear each other (even when next to each other), so we made our way back to the shelter of the ship.