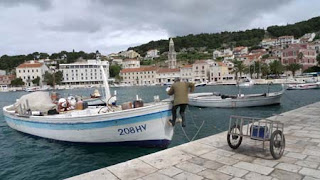 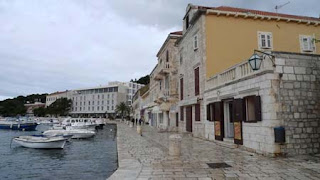 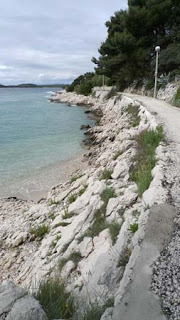 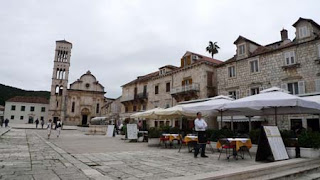 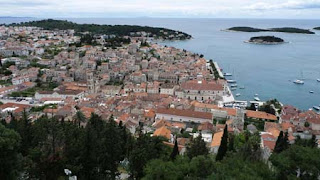 The stunning Croatian island of Hvar, sitting on the beautiful Dalmatian Coast, has become one of the most hip destinations in Europe these days, as the travel writers have struggled for new clichés in dubbing it the "new Madeira", the "new St Tropez", and the "next Ibiza". In fact, none of these titles really does the place justice, because Hvar has a very individual atmosphere, combining attractive Venetian architecture, with unspoilt landscapes of fragrant lavender fields and scented pine forests, with the laid back atmosphere of an island of just 12,000 people.

We explored the old Venetian port of Hvar Town, with its harmonious ensemble of 17th century buildings of pale limestone, looking remarkably grand for such a small place – the legacy of a time when this was one of the most important stopping off points for Venice's merchant ships on their journey to and from the Orient. We then trekked up to the top of the hill above the town, where the Venetians had built a large castle to protect the town from Turkish attacks, before following the coastline round to the town's Franciscan Monastery on a vain attempt to find a Tintoretto (quite why we were so desperate to see a Tintoretto after seeing hundreds of them in Venice, I'm not sure why).

After experiencing the teeming crowds of tourists in Venice and Dubrovnik, and the boredom of tourists that it engenders amongst the locals there, we were pleased to find that Hvar, out of the main holiday season, is a really laid back and charming place.

This place is so nice that Hvar has achieved the distinction of being the first place on this trip that Tracy has declared that she could live there – whether it would be too quiet for most of the year, and then too ridiculously busy and overpriced in July and August, will remain to be seen, but Hvar in May is a magical place to be.