May 17th – The World’s Your Oyster in Dubrovnik 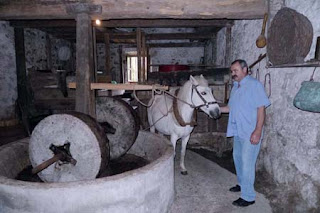 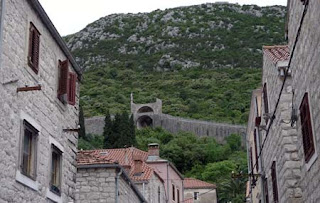 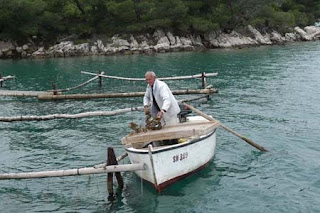 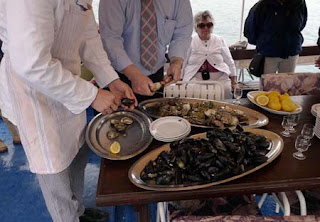 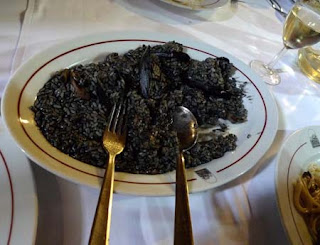 Today I took a tour out of Dubrovnik, and into the Croatian countryside, to visit an olive farm, and then an oyster farm for a delicious seafood lunch.

Our first stop was at the olive farm, which has a fully functioning 200 year old olive oil press, where they showed us the laborious processes that they used to go through to produce the oil. They harnessed a pony to the stone mill, who reluctantly (after a lot of coaxing) demonstrated how to walk around in circles to turn the stones and crush the olives. The mush was then put into a wooden press which was turned by hand (this time he got me to walk around in circles rather than the horse), and the oil trickled out into a stone reservoir in the floor, where the oil would separate from the water in the tank. Next, the oil at the top was scooped off and decanted into jars.

Just as we were feeling sorry for him, the owner explained that rather than going through this time-consuming process anymore, he actually sends all his olives off to a local co-operative, where they are pressed and processed by machine in a fraction of the labour that they went to in times past.

From here, we drove to the tiny medieval village of Ston, further along the coast. Back in the glory days of Dubrovnik, this was the second most important town in the Republic, when it was a centre of salt production. It was so important that they constructed a massive set of city walls, that pass over the incredibly steep hills behind the town, up to the fortress – I'm not sure whether I believe her, but our guide said that this is the second longest defensive wall in the world, after the Great Wall of China. Whatever you believe, it's an impressive wall.

Next we moved onto the main event – our visit to the oyster farm. As soon as we got on the boat, they got us tanked up on the local firewater and wine, before we chugged over to the olive beds, where they'd sent a wizened old 86 year-old man to row out to pick us some fresh oysters and mussels. You really can't get any fresher than this, so even though I'm someone who'd avoid raw shellfish like the plague, I thought I'd give it a go, and risk being poisoned.

As it turned out, they were lovely – if anything, the raw mussel was tastier than the raw oyster, although it did also feel a bit like I'd had a mouthful of seawater. If this wasn't enough food, we moved onto a local restaurant for yet more oysters (cooked this time), and platefuls of seafood pasta and squid ink risotto, washed down by more wine. At the end of a lovely day, it was a very quiet coachride back, as everyone slept off their food and drink.