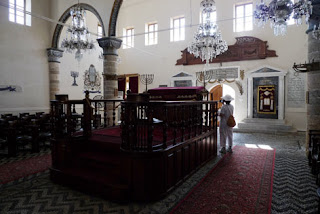 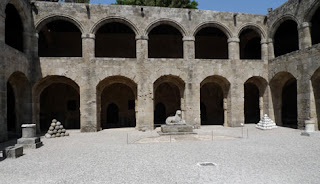 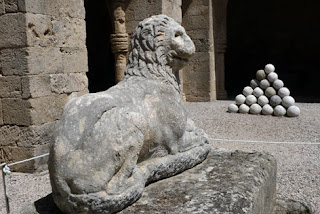 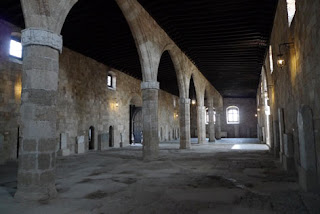 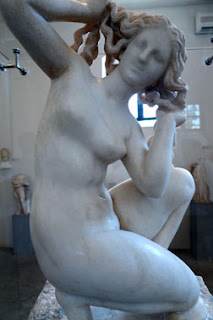 Greece and Turkey have been gripped by a heatwave, which means that our stamina for sightseeing is struggling.

We walked from the ship into town, and first visited Rhodes' historic synagogue – one of the oldest in Europe. There's been a flourishing Jewish Community living here (under the Knights, the Ottomans, the Italians and the Greeks) since the 15th century, and this is one of the oldest surviving sephardic synagogues in Europe. We were met at the door by an 80 year-old local, who was one of the few Jews left in the city. When the Germans took over, almost all of the 1,600-strong community were rounded up and shipped off to the Death Camps, and he was one of the 150 who survived. It was chilling to see him roll up his sleeve and show us the number tattooed onto his arm by the Nazis. Nevertheless, he seemed to have a good sense of humour, and he gave us a charmingly unintelligible tour around the museum.

Next, we went to the Knights' Hospital – a wonderful piece of gothic architecture – which houses the island's archaeological museum. The building was probably more interesting than the exhibits, but it was interesting to see the main ward of the hospital, that would have catered for 100 patients in within one massive vaulted room. Seeing as Rhodes gets incredibly hot, and medieval hygiene was not that great, this must have been the smelliest room on the island when full.

Finally, defeated by the heat, we sweated our way back to the cool of the ship.