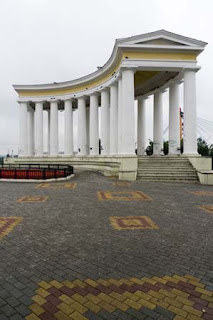 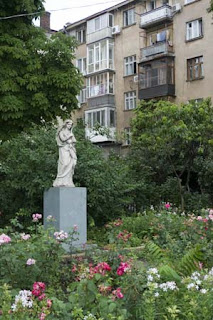 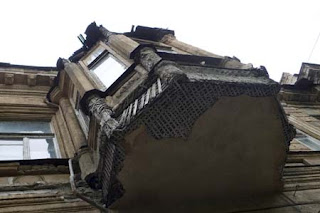 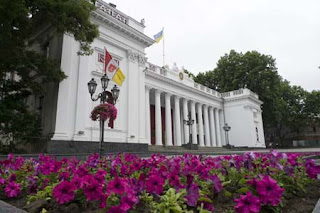 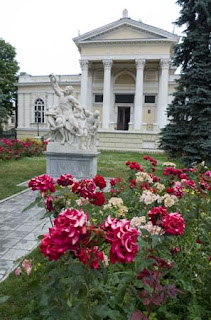 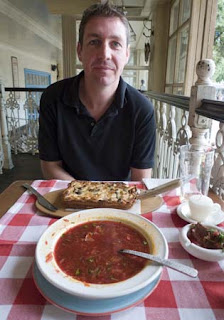 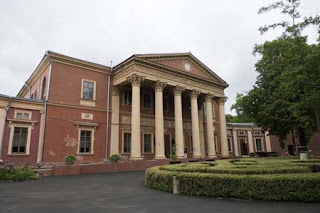 Today we experienced four seasons in one day, as the weather alternated between bright sunshine, dark clouds, strong winds and heavy rain.

Again we did the Odessa file up the Potemkin Steps and we went on a trail around the beautiful architecture of the so-called "Pearl of the Black Sea". This place has a really strong feel of St Petersburg, with all its grand neo-classical buildings painted in their pastel shades, but there's a much more relaxed feel to the streets – much less traffic and a lot less high-end shops selling overpriced luxuries to the new super rich. Even though there were a lot of old Ladas still chugging and smoking around the streets, there's also lots of BMWs with blacked out windows and Porsches parked nonchalantly in the middle of the pavement, which tell you that some people are definitely doing well here.

But when you see the grand ensembles of buildings, covered in plaster cherubs, columns, caryatids and other embellishments – some renovated, but many quite dilapidated - you can see that this place has a long way to go before it recaptures its 19th century glories, when it was one of the richest cities in Eastern Europe.

After a delicious and cheap lunch, we went to the Fine Arts Museum housed in a beautiful pink palace – we hadn't heard of any of the Russian or Ukrainian artists, but the quality was still pretty good (and it tied in nicely with Tracy's History of Art studies). What was most entertaining was how we were followed around by the old babooshkas looking on at us suspiciously, ready to blow their plastic whistles at any point if we stepped out of line - no matter how many beaming smiles you gave them, all you got was a withering look and a little toss of the whistle to remind you who was in charge.