June 25th – The Battlegrounds of Sevastapol 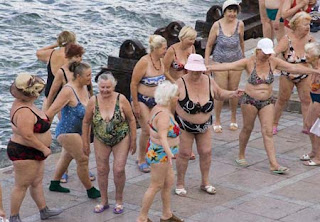 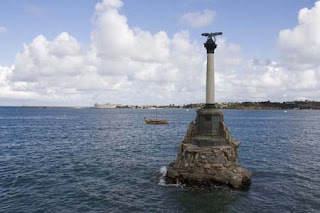 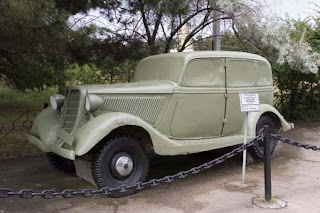 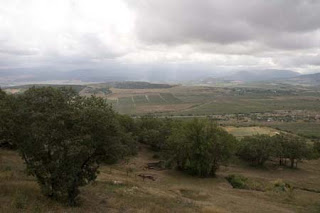 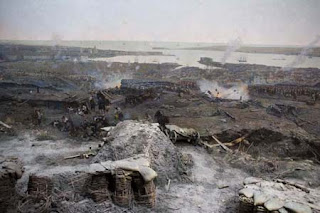 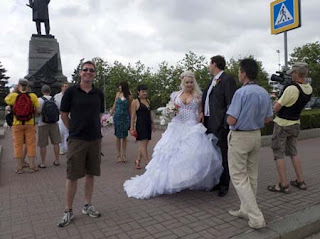 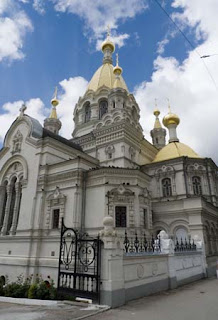 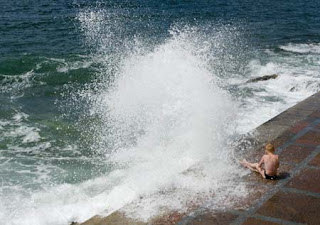 In the 18th century, Sevastapol was constructed as the base for the new Russian Black Sea Fleet, and this is still a predominantly military city –. there's servicemen everywhere, military monuments all over the place, and the harbour is home to plenty of Russian and Ukrainian warships.

Being such an important strategic port, it's not surprising that the city has been the seen of some monumental battles over the years. In the Crimean War, Sevastapol was besieged by the British and the French for 349 days of constant bombardment; and then in the Second World War, the city was again besieged by the Germans for 2 years in which time it was virtually flattened.

We started with a visit to the Monument to the Scuttled Ships, that commemorates the time when the Russian Navy scuttled their ships at the entrance to the harbour, to prevent the British and French fleets from attacking the harbour. As we looked at the memorial, we were treated to a far more interesting spectacle - a gaggle of super-size babooshkas in their bikinis doing their morning exercises and beating their ample bosoms and yodelling like Tarzan, before launching themselves into the waters.

We then went to Balaclava to look over the "Valley of Death", where the tragic Charge of the Light Brigade took place. It was odd to look over this peaceful valley of green vineyards, and listen to our guide talk us through the troop movements and terrible miscommunications which turned a valiant cavalry charge into a suicide mission. We stood on the spot that the British commander, Lord Raglan watched his orders turn into a military disaster – it must have been stomach churning to watch.

Next, we went to the Seastapol Panorama, to see the Crimean War from Russian eyes, in an enormous 360 degree painting combined with real life sets, that illustrated the terrible conditions for the Russian troops to stunning effect – it was done so well that at times you couldn't work out where the painting finished and set began.

After lunch on board, we went exploring the city – something that you couldn't do for the entire Soviet period, up until 1997, when this was a "closed city", off-limits to anyone but the Russian military. Because the city was reserved purely for the military, no expense was spared in its harmonious ensemble of white neo-classical buildings, and there aren't the ugly apartment blocks to ruin the views. 90% of Sevastapol's population are still Russian, and I detected a less open and fun-loving atmosphere to the place, but nevertheless it's still another fascinating place to visit.

It appears that Friday in Sevastapol is the day for weddings, so there were countless overly-meringued brides posing at all the photo stops. My favourite was the tastefully dressed Dollyov Partonov look-a-like whose photo album I hoped that I've managed to muscle my way into.