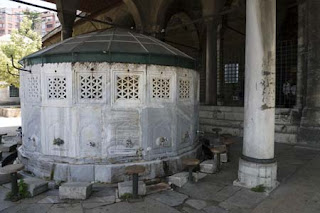 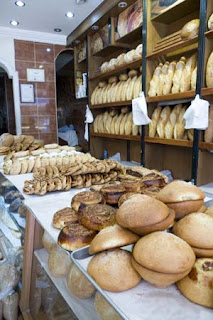 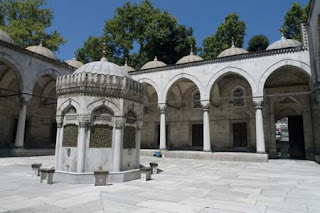 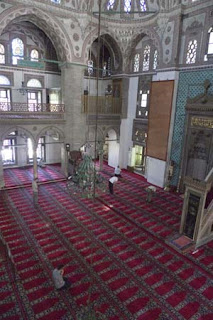 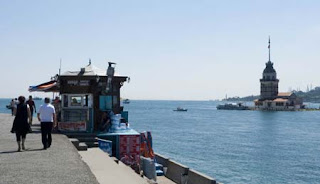 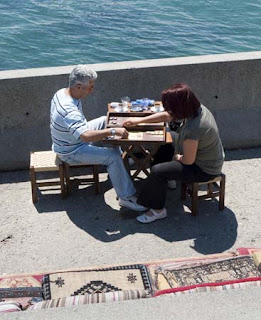 Today we crossed continents and caught the 20-minute ferry over to the Asian side of Istanbul – which is home to roughly a third of Istanbul's 15 million population. It's strange to say it, but Istanbul's Asian side probably has a more Western feel to it than the European side – you see a lot less women in headscarves. Because there's more space here, there's also a much more relaxed atmosphere and a less congested feel to the place too.

Nevertheless, there are still lots of historic mosques to explore, particularly near to the ferry terminal, because in years gone by this was the starting point for the cross-country pilgrimage to Mecca for Istanbul's population. We wandered around the street markets, popped into the shops, did the shoes-off shoes-on-again manoeuvres at the mosques and looked across to the historic Maiden's island (the island that guards the entrance to the Bosphorus).

Near the ferry terminal, we could see the huge construction site for the Marmaray Tunnel – a rail tunnel that will link East and West, passing underneath the Bosphorus. With a budget of $2.5 billion, the tunnel is taking longer to dig than they thought – not only does it have to pass under one of the busiest stretches of water in the world, but they also keep discovering Roman, Byzantine and Ottoman artefacts as they dig.

We stopped for lunch in a large and very busy restaurant – basic, but delicious food. Whilst this may be one of the more Westernised parts of Istanbul, the sight of a scantily clad tourist (not Tracy) entering the restaurant reduced the waiters to an open-mouthed standstill. The lady then almost got trampled in the rush of drooling waiters to serve her – it made it pretty difficult for us more modestly dressed diners to get their attention to pay the bill.

After this, we crossed back to Europe again, caught the funicular up to Taksim, and then the Metro to Levant, home to one of the city's newest and poshest shopping malls. Once inside the refined ambience of the mall, passing the Harvey Nicholls and the other upmarket designer stores, you felt a world away from the pushy hawkers and earthy atmosphere of the Grand Bazaar. I must admit I prefer the organised chaos of the Grand Bazaar to the rather soulless and sanitised mall – it will be interesting to see which the Turks prefer in the long run.