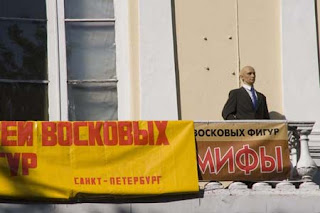 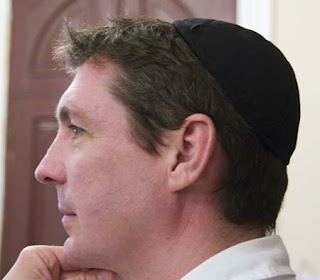 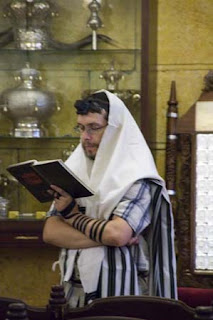 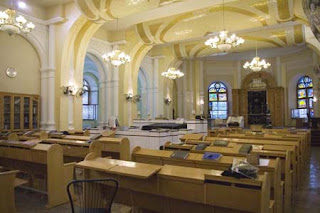 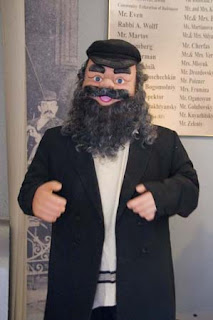 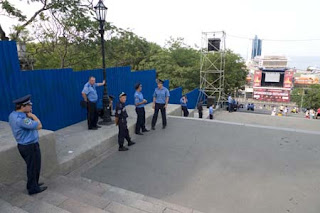 After a relatively late night last night, we were struggling to get up for our early tour today – a tour of Odessa's rich Jewish Heritage. Back in the 19th century, the Jewish Community here in Odessa was massively influential, they made up nearly 40% of the city's population, and Odessa was the third largest Jewish city in the world (after New York and Warsaw).

In this time, Odessa grew into a hugely wealthy city, and many of the town's leading businessmen and tradesmen were Jewish – 78 synagogues were built to service this thriving community. By the end of the 19th century the numbers of Odessan Jews began to decline because of persistent persecution and better opportunities elsewhere, and so large numbers of Jews emigrated to the US, Canada and Palestine. This was then followed by the Soviet Union, which banned religious worship, and then the holocaust of the Nazi occupation which murdered a large proportion of the population.

As a result, there are just 30,000 Jews left in the city, and just two fully functioning synagogue – many of Odessa's Jews are only just coming back to the faith (after Ukrainian independence in 1991) after so many years when they weren't allowed to freely worship. Having passed a few of the grand old synagogues which are still closed and in a pretty bad state of repair, we visited the small Shamrei Shabbos synagogue, an Orthodox synagogue which is once again becoming an integral part of the community. We spoke to one of the community leaders who was quite optimistic about the future here in Odessa (no plans to move to Israel – he thought most Jews who would go have gone), although he did feel that there was a small amount of latent anti-Semitic feeling amongst a minority of the population (although there hadn't been any bad incidents).

Next we went to Odessa's large main synagogue, which has recently been refurbished – a lot of money has been sent back to Odessa's Jewish community by émigrés who had made their money abroad; and then our final stop was at the tiny Jewish Museum, in a dilapidated old apartment block across from the sparkling new Jewish Community Centre that was opened about a month ago. The museum was in an old family apartment, and had an odd collection of Jewish memorabilia and everyday household objects from the 19th and early 20th century. Bizarrely enough, it had a cardboard cut-out of a friendly Cossack on a horse, with the face cut out so you could have your picture taken as the Cossack – considering that the Cossacks had been behind many of the pogroms against the Jews, it seemed totally out of place.

Many of the passengers on the tour were children or grandchildren of Odessan or Ukrainian Jews who had left for the US – it was fascinating to hear their tales of what they'd been told about the old country, and the experiences of their parents, carving out a new life in the US.