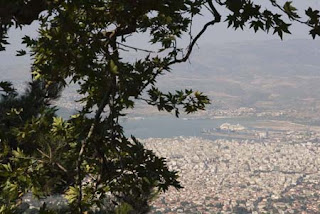 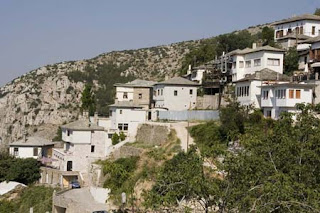 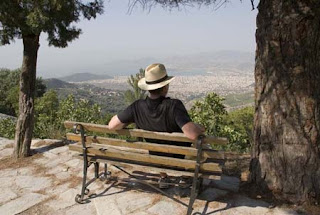 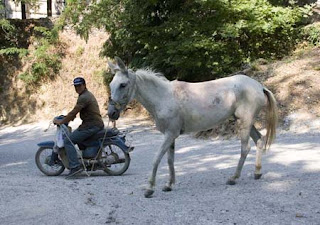 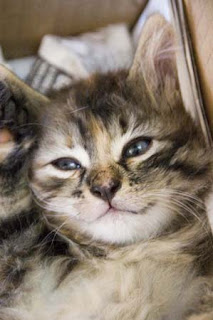 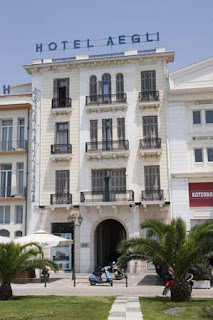 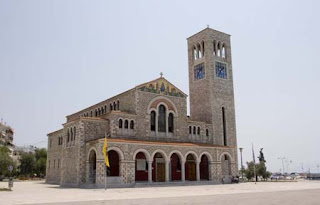 Volos is Greece's fifth largest city, but it was almost totally destroyed by a series of earthquakes in the 1950s, and so it had to be rebuilt quickly – hence, these days there's not really any history to discover here, and the city mainly consists of uniform concrete buildings.

Therefore, this isn't a place that will sustain a whole day's sightseeing, so the best thing to do here is probably take one of the tours out of the city. Having "done" Meteora last time, we took the trip into the Pelion Peninsula, the green mountains that surround the city. The mountain was strong enough to survive the earthquake, so its villages have retained their historic character, and seem a world away from the concrete jungle down below them.

We took the winding mountain road up to the village of Portaria – an atmospheric little place of fountains, babbling little streams and a distinctive mountainside architecture. On a blisteringly hot day like today, it's hard to believe that this place is covered in snow during the winter, and that there's a ski slope a bit higher up the mountain.

Then we went to the even more picturesque village of Makrynitsa, that clings onto the mountainside a little higher up. The village is known as "The Balcony of Pelion", because of the fantastic views it gives down to the sprawling city of Volos on the plain down below it. For some reason our guide gave people the choice of an alternative walk into the town, up a steep path that supposedly would take you up the top of the village and then down again. Seeing a few of the passengers take the path we decided to follow them – big mistake. The path didn't seem to lead anywhere other than up, and it just got steeper, rougher and more treacherous the higher we got. Seeing as some people were now really beginning to struggle, we volunteered to run on ahead to see if we could find a way down – we only had an hour before the coach left, and we'd already spend 20 minutes on the path to nowhere.

Finally we found a path that went downhill, although we had no idea if it would take us in the right direction – so, like a pair of clueless sherpas, we led our profusely perspiring party down an even rougher path which thankfully did eventually lead into the town. Once we were down there, it wasn't difficult to work out who'd taken the high road and who'd taken the low road – all of us had shirts that were soaked in sweat, while the rest of the group were looking fresh as daisies as they enjoyed the relaxed atmosphere of this beautiful little village.