July 1st - Lifestyles of the Rich and Famous in Ephesus 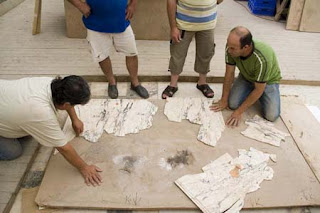 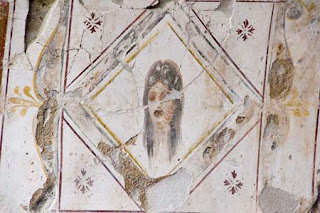 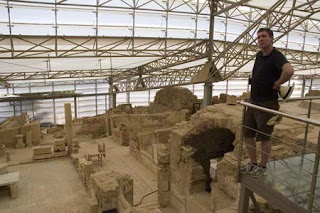 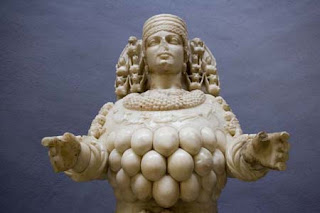 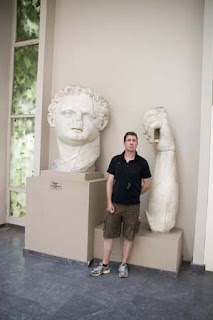 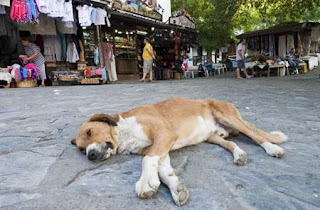 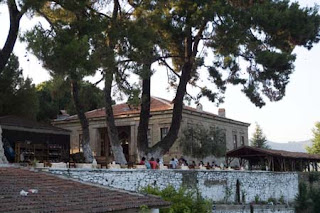 Another early start to beat the heat and the crowds for a visit to the magnificent Roman ruins at Ephesus. Today we paid a visit to “the Terraced Houses” – a complex of huge Roman mansions that have been unearthed next to Ephesus’s grandest street. Here you get to see archaeology in action, as teams of archaeologists painstakingly piece together huge marble panels that once lined the walls and floors of Ephesus’s most wealthy residences – it’s like the world’s largest jigsaw puzzle.

Going into these huge villas was like an episode of the Lifestyles of the Rich and Famous, as you pass through a procession of atriums, reception rooms, bathrooms and bedrooms, all decorated with mosaics and lined with marble. With a population of 250,000 people, Ephesus was once the third largest city in the Western world (after Rome and Alexandria), and when you see the opulence of these playboy mansions you get some idea of the immense wealth that must have been sloshing around this place 2,000 years ago.

After the site, we moved onto the small Ephesus museum in Selcuk, which had a selection of some of the statues and finds from the old city. When you consider how much of Ephesus’s archaeological treasures now adorn the museums of the rest of the world (large collections are in Vienna, Berlin and the British Museum), even the small collection on offer here was pretty impressive.

Later that day we joined an evening tour that went to the remote mountain village of Sirince. Our bus climbed through parched olive groves up to about 1000 feet, where the pretty little village of Sirince was located at the top of the hill. After wandering around its little market and buying some cheap tablecloths, we went to a beautiful restaurant overlooking the village and steep slopes of olive trees. As the sun went down, it was a wonderfully serene location for some delicious Turkish food.