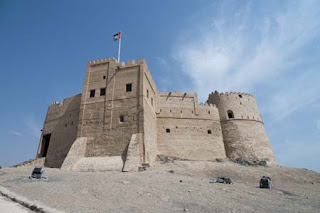 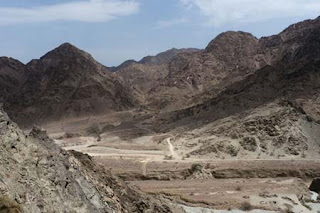 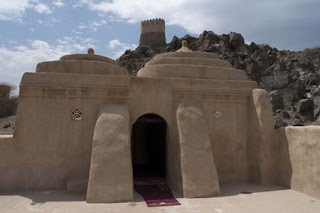 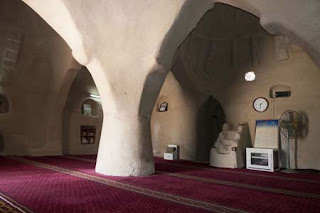 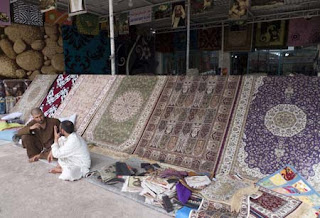 Fujairah is one of the least developed of the seven Emirates – its chief attraction (and possibly its biggest drawback too) was that it didn't try to compete with either the glitz and glamour, or the scale of building work of Dubai and Abu Dhabi.

But, even here, in a remote place without any oil wealth, the environment is beginning to change quickly. Fujairah's biggest advantage is that it's the only Emirate that's not on the Persian Gulf, so its location on the eastern side of the country means that ships calling in here don't have to pass through the narrow Straits of Hormuz and go face-to-face with Iran.

As a result of this, oil-rich Abu Dhabi has decided to build a pipeline to export 70% of its oil through Fujairah – bringing much-needed cash into the local economy, and now funding a bit of a building boom that's threatening to change the face of Fujairah. So, the dusty town is being turned into one big building site, as skyscrapers grow and a huge new landmark mosque is being built – following the development path of Abu Dhabi (albeit on a much smaller scale).

I joined the ship's East Coast Tour, which visited pretty much all that was historical in the Emirate. For a place which really doesn't have much history to discover, we packed quite a lot in – the imposing Fujairah Fort, the moderately interesting Fujairah Museum, the Bithna Fort overlooking an oasis, and the odd-looking Al-Badiyah Mosque (the oldest mosque in all the Emirates).

It will be interesting to see what other developments Fujairah decides to add to its low-key range of attractions in the future.