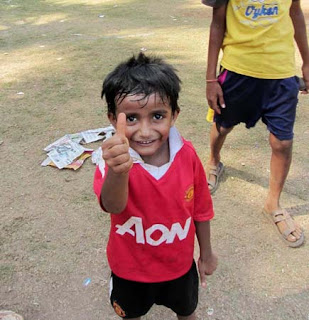 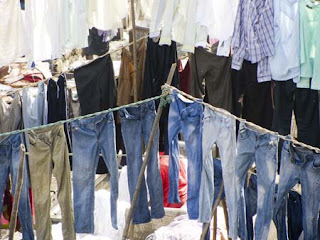 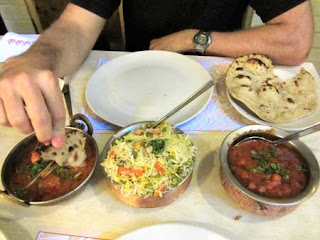 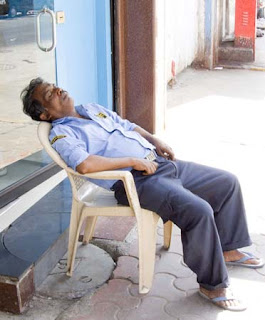 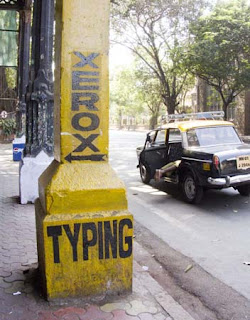 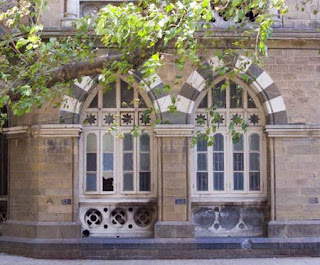 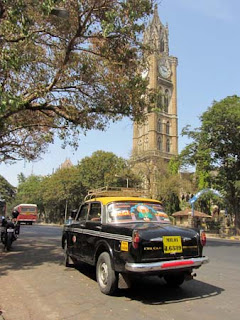 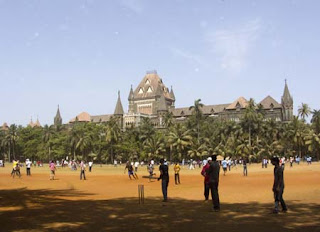 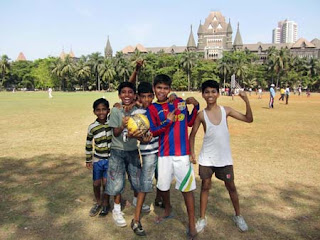 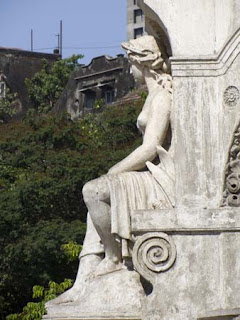 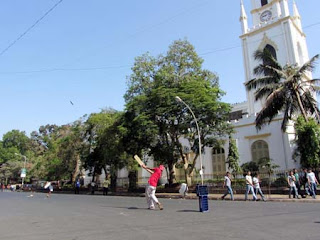 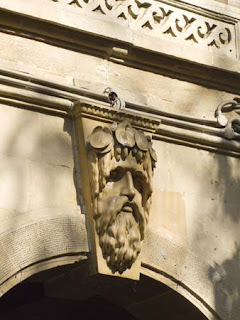 Today we went on an organised trip into Dharavi – Mumbai's largest slum. The tour company that we went with, organises community projects and education programmes in the slums, and all their profits go to charity, so a good proportion of our fee was hopefully going towards improving the conditions in the slums. The tours are run in conjunction with the slum dwellers, so no photos are allowed on the tour – it helps to stop the people feeling like exhibits, but it does mean that we haven't got any pictures to illustrate what we saw (http://realitytoursandtravel.com).

What we did see was in turns, heart-rending, stomach-churning, eye-watering and life-affirming, as we entered into the "other" Mumbai, away from the grandiose colonial architecture, the lines of skyscrapers and the teaming traffic. We entered into the most densely packed neighbourhood of one of the most densely populated cities in the world – around 1 million people live in Dharavi, in a 1.75 square kilometre area, in mostly one or two storey dwellings.

Our guide had told us that this was "a 5-Star Slum" – in that most of the houses had water and electricity, while there were public toilets in place (which served on average about 1,500 people each) – which means that the city's other slums have really got to be off the scale of grime and poverty.

We first went into the commercial district of the slum – I'd never expected the slum to be such a frantic hive of activity – workshops were churning out metalwork and carpentry in an atmosphere similar to what I imagined the early industrial revolution must have been like. While, the scale of the recycling going on was simply unbelievable – the plastic bottles, drinks cans and paint pots of a city of around 22 million people were gathered up and sent here, to be sorted, cleaned and melted down in little workshops, ready to be sent off to the plastics factories. Our guide told us that the official figures for the economic activity of the Dharavi Slum (based on tax returns) was in the region of $650million – not what you expect of a slum.

Next we went into the residential area of the slum – amazingly enough, even though you can scarcely move in central Mumbai for beggars, here no-one attempted to beg off us. Everyone just got on with their daily lives and scarcely paid any attention to us – as we walked around the narrow alleys, there was no sense of there being a threatening atmosphere. Actually, the guide told us that there were fairly low levels of crime in what's a very close-knit community, and that the "mafia" crime bosses that used to dominate the slums (à la Slumdog Millionnaire), had been cleared by the police, who were now the new unofficial crime bosses.

The size of the average dwelling in the slum was just 10 square metres, and each one would be occupied by a large family – most people washed with a bucket in the street, which ensured constantly muddy walkways (using the word "pavement" wouldn't convey the right image). There was something of a medieval atmosphere to the place, as people spilled out of their dwellings into the streets, and many of the muddy lanes between the houses were scarcely wider than a person with hardly any light filtering down to ground level.

At one point, we noticed a large open space behind a group of houses – how nice, I thought, the children have a place to play in. Wrong. The area was covered in stinking rubbish which the council is meant to collect but doesn't, and the children weren't "playing", they were squatting down and going to the toilet in the open air. The smell was rancid, and combined with the general mud, the fairly ever-present dog faeces, plus the odd dead rat, this was certainly not the tour for a clean freak.

It was boiling hot, so we'd been drinking plenty of water, so at one point I popped into one of the public toilets. Over the years, I've been to a lot of fairly disgusting toilets, but this one reached a new level. It didn't have running water to flush it, and the general level of germs in the slum must have caused hundreds of thousands of upset stomachs over the year – I could hardly breathe and didn't want to touch anything. I felt incredibly guilty for being disgusted at spending 10 seconds in a facility that these people have no choice but to use every day of life.

But, strangely enough, there wasn't a depressing atmosphere to the place – the children seemed very happy, and as playful and mischievous as children anywhere, while the ordinary people just got on with what life had dealt them. No one in there appeared to be starving, and the diligence with which people were busily cleaning their homes and their clothes, showed their pride in their environment and their appearance.

After two hours of sensory overload, the tour came to an end. I don't think that either of us has ever had a more eye-opening or thought-provoking tour on any of our travels. It certainly puts the rest of the city into context – when you think that around half of Mumbai's population lives in similar or worse conditions to this, it explains a lot of things. It explains the level of begging and grime in the centre, and it explains the sheer industriousness of the city.

We were dropped back in the city centre, and even though we had a new-found guilt about it, all we wanted to do was to go to a nice clean restaurant with air-conditioning for lunch, to clean off and cool down – we went to the lovely Delhi Darbar on Colaba Causeway and tried to make sense of what we'd just seen.

Then, from the sublime to the ridiculous, we walked around the monumental Victorian buildings of the central area, and made our way to the Oval Maidan to watch some cricket - there must have been at least 50 games going on at the same time, and there was no way to tell where one game started and one game ended. This place was like India in microcosm - totally overcrowded; full of ingenuity (as cricket bats and stumps were improvised by those who couldn't afford them); and full of enthusiasm and vitality as we were constantly hounded by over-enthusiastic boys to take their photos.

But, at the end of an exhausting day, a fabulous tour had raised more questions than it had answered – can India ever become a major world power when it has social problems and social inequalities of that depth? How do people live with such pride and dignity in such conditions? What can we do to improve things? Will I ever look at India the same way again?

An inspiring and slightly disconcerting day.