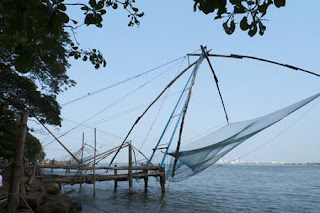 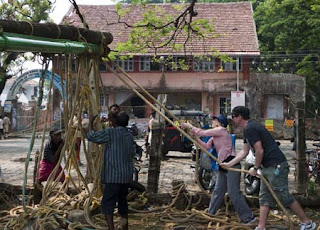 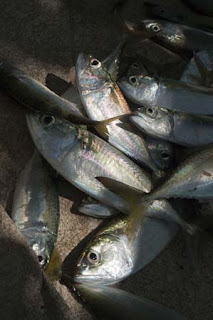 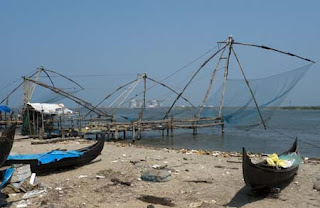 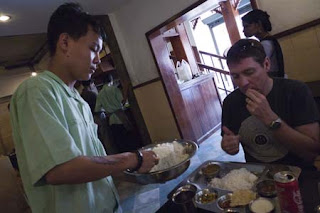 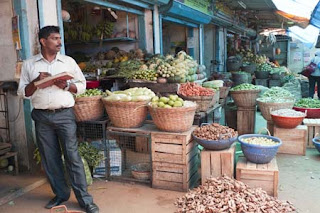 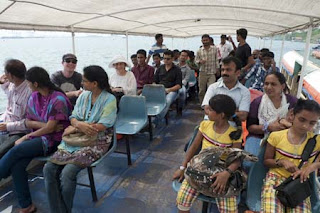 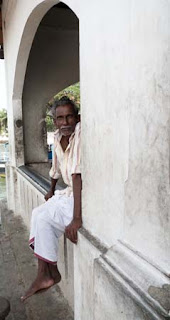 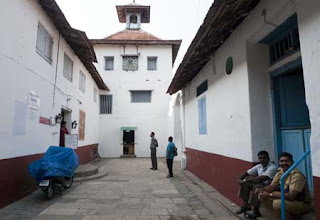 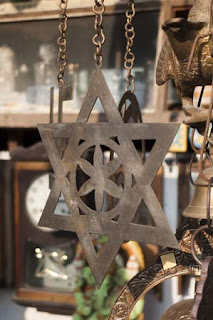 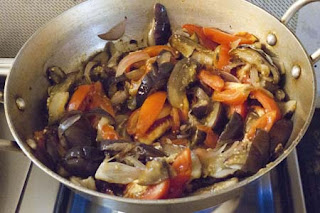 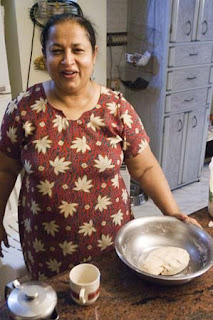 Today we'd booked an Indian cookery course for the evening, and the agency that we'd booked it through had offered to get us a guide and driver for the day – the price was so cheap that we thought, why not?

I guess you get what you pay for, because these guys were useless – they literally didn't know where they were going, so we constantly had to stop to ask for directions. To be fair to them, they were both nice guys, but I think that Tracy and I both knew Cochin better than our "local" experts. The driver actually spoke the better English and had more information than the "guide", who was pointless and unintelligible – we came to the theory that he may have had suffered some severe head trauma at some stage of his life.

Our programme was that they would first take us to the local market, so we could get an idea of the ingredients used in the local cuisine. We were fairly certain that there wasn't a market in Fort Cochin itself (the historic area), so we were surprised that this was where we were heading from the port. It then turned out that they were taking us to a clothes store – not the place you'd expect to see much fruit and veg.

Tracy displayed her usual patience and went mad at them, and insisted that they take us to the market – they took us to a lone fruit shop which they drove past quickly and pointed at and said "market?" hopefully. They then insisted on taking us to the Chinese Fishing Nets, where we helped to haul up the rocks and counter-weights that make up this ancient, but hugely inefficient fish-catching contraption. Apparently it wasn't the right season to catch much, but our haul of 5 tiny fish, a plastic bag and a coke can didn't seem a decent return on the labour of 6 men.

After wandering around Fort Cochin for a while, they'd managed to find out that the main market was on Ernakulam on the mainland (as we'd told them it would be), so finally we headed over there. On the way, we stopped for lunch at a fairly unprepossessing place – but, it was reassuringly busy with locals and the Tweedledums were willing to eat there, so we gave it a go. For $1 each, we had a lovely thali and set of chapattis – we will see tomorrow if this bargain was a good idea or not.

After lunch, as we walked to the market, they took us to a spice shop where we bought a few spices that would ensure our curry making back home will be delicious, and finally (after again having to ask for directions a couple more times), we made it to the market. It was pretty big and its narrow little lanes were full of exotic produce, much of which we (and our ever knowledgeable guides) didn't recognise, but unfortunately, by now we only had 5 minutes to explore.

Our next appointment was to take a boat trip on a Tourist Board operated boat, which went from Ernakulam back to exactly where we had just come from – Fort Cochin. This time we had a guide who actually knew what he was talking about, and inspite of having a tour party numbering around 60 people, he was unusually attentive to us (as the only non-Indians on board, he obviously saw us as a big tip in the making).

So, again we went to the fishing nets and did a bit more exploring of Fort Cochin, before we got on the boat again and headed to Matancherry where we explored Jew Town and visited the 17th century synagogue. By this time, the heat was wearing us down, so it was time for a much-needed cold beer before the cooking course.

The cooking course was decidedly low-tech when compared to what we'd done in Vietnam and Bangkok – it was in the small kitchen of local guest house, so the lady did the chopping and cooking while we watched, and we had to write down our notes rather than being given handouts. However, the food was just as delicious, as we were shown how to make our own curry pastes and taken through various mouth-watering recipes. Of course, the best bit was getting a chance to eat what had been prepared – lovely.

So, it was time to get back to the ship, which meant that there was just enough time for the Tweedledums to get lost again on the way back to the port – by now, this was totally expected and gave us a few laughs on the way.

Not the day we expected, but fun nonetheless.