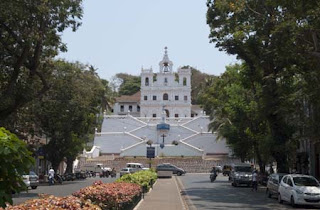 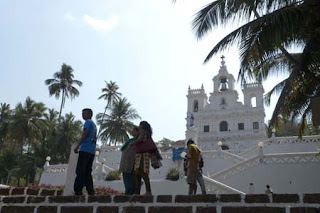 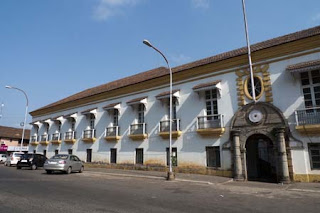 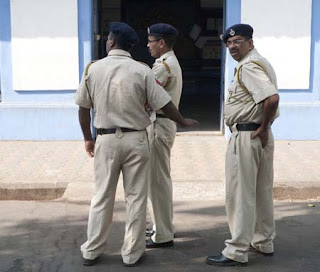 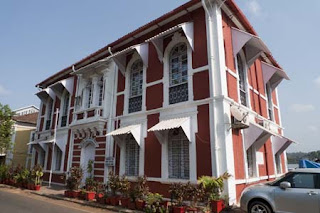 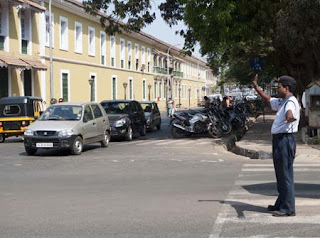 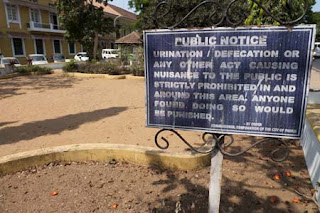 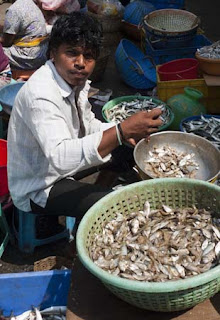 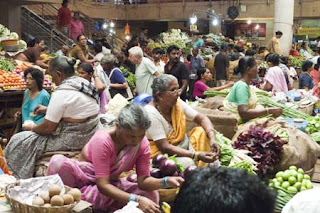 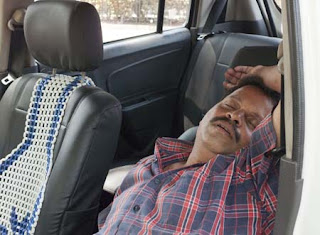 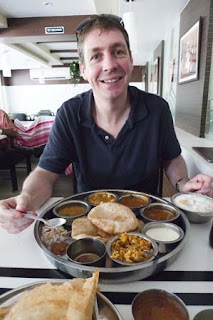 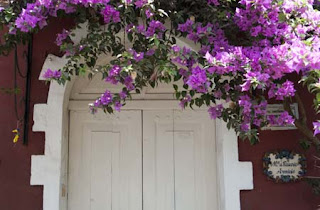 We didn't have too long a stay in Goa, so we got off the ship asap, and braved the taxi drivers to find one who would take us to Panjim, Goa's capital for a decent price. We eventually found a driver for $40 for the day, which I'm sure was way over the odds but we didn't have time to muck around.

He drove us there at top speed, weaving in and out of the traffic, saving all his overtaking manoeuvres for blind bends, but we got there in one piece in about 45 minutes. Of course, rather than the particular church that we'd requested to be taken to, we were dropped off at an obligatory souvenir shop where we had the usual argument that we didn't want to go there, while he said we'd only have to stay a couple of minutes until he was given his petrol tokens. For once, hard-nosed Tracy was the soft touch, and she pretended to be interested in buying stuff, while he hopped round to the back of the shop to get his backhander.

This cheered him up, so we got dropped off in the atmospheric Sao Tome district where, if you ignored the hooting traffic and smell of curry, could easily have been mistaken for a provincial Portuguese town. Panjim was the capital of the Portuguese colony of Goa from the 18th century, and so it's full of grand government buildings and colourful old mansions, many of which are now crumbling away.

As we explored, we popped our head into a building that said that it was a winery – this is not an area that you'd associate with wine production so we thought that it was worth further investigation. The owner was very friendly and told us that we probably wouldn't like the wine because the local market dictated that the taste and quality of the wine didn't really matter, as long as it was strong – "here, people only drink wine to get drunk, they just need it to be strong". It sounded a bit like our wine drinking criteria from University days, so we bought a (plastic) bottle for 80 rupees ($1.50) – not sure when we'll find an occasion to drink it.

Then we went to the town's centrepiece – the towering Church of Our Lady of the Immaculate Conception, tiered up like a gleaming white wedding cake, with a cascading set of stairs leading up to it. In spite of increasing Hindu influence and large numbers of Northern Indians moving to Goa, the province is still 30% Catholic, and there were lots of people praying in there.

From here, we struggled through the heat to the market, where the sights, sounds and smells of the frenetic fish and meat market were almost overwhelming. To a background theme tune of excitable shouts from the vendors, the floor was awash with fishy water and fishy body parts; while the chickens were weighed up alive, and then butchered up on the spot for any purchasers. There was blood literally spattered all over the walls – it was nearly enough to turn me vegetarian (nearly, but not quite).

Then we went to the covered fruit and vegetable market which smelt much better, but was just as frenetic. The people were overwhelmingly friendly though, and any smile from us, was returned with a smile from them.

Somehow, the stomach churning sights hadn't put us off our food, so we went to a restaurant which was picked on the basis of it a) being busy, and b) having air conditioning. The A/C section charged a 50% premium on your food, which pushed the prices up to $2 for a Thali, but again it was delicious – even if it was strange that many of the middle class Indians in the A/C section were actually eating sandwiches on white bread (reassuringly, in the sweaty working class section, everyone was eating curries).

After lunch, we did a bit more wandering, before our impatient taxi driver ushered us back to the port. Unbeknownst to him however, we weren't going straight back – we called in to see Henry, the lovely Goan barman on board, who was visiting his family and his one month-old daughter who'd been born while he was away at sea, and was seeing for the very first time. With typical Goan hospitality, he insisted that we eat some more food which has mother had prepared, so we politely ate as much as we could, before leaving him to his touching reunion.