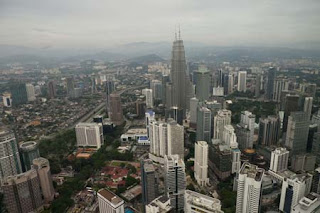 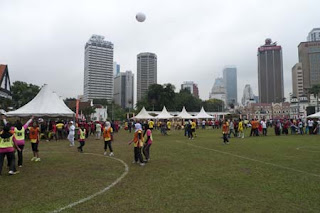 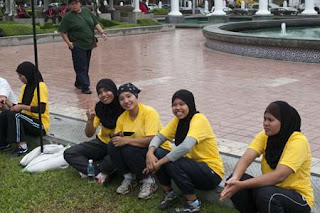 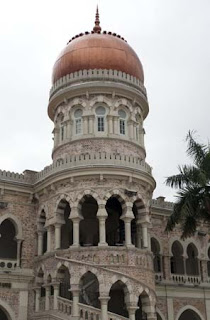 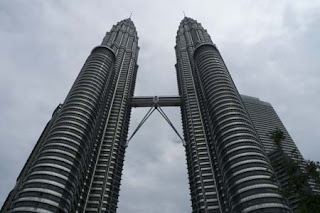 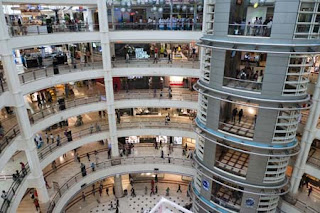 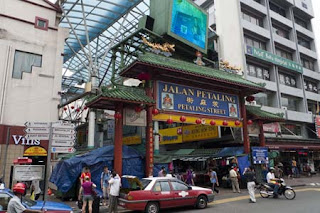 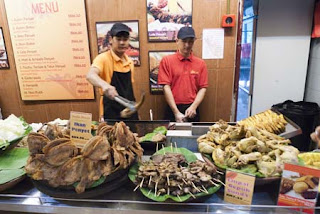 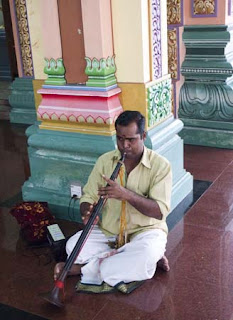 As we got off the ship in the pouring rain at the less-than-attractive Port Klang, it was hardly the best introduction to Malaysia; but the one hour trip down the motorway to KL took us to a modern, cosmopolitan and well organised capital city.

We started off at the colonial set piece of the city, Merdeka Square, where the old cricket pitch on the Padang was now given over to energetic 5-a-side football and netball games, and the exotic neo-moorish colonial architecture of its old buildings was fronted by a huge car rally. It was an immediate sign of how this city has really moved on from colonial times, and how the culture of today is taking over from the old traditions.

However, whilst KL has modernised frantically in the past few decades, there are still lots of places where you can get to experience the distinctive Malay culture and traditional ways of life. In a city where gleaming shopping malls are beginning to take over (à la Singapore), it was nice to see that traditional street markets and interesting craft markets can still be found. So, we had some time in the art deco Central Market which was full of original arts and crafts, while we also experienced the raucous atmosphere of Jalan Petaling – Chinatown's main street market.

One of KL's main attractions is its vibrant mix of cultures and races, so, aside from the mosques of the Malay people, we also visited incense-filled Chinese temples, and sampled the frenetic atmosphere of the Sri Mariamamm Hindu temple, alive with drums banging, bells clanging and pipes wailing furiously.

From this sensory overload, it was nice to have some respite for lunch, where we went to a room with a view at the KL Tower – at the revolving restaurant 250 metres up. And, now that the rain clouds had lifted, what a view it was. It's amazing to think that 30 years ago, there was scarcely a tower block in sight – these days the skyline is a forest of ultra-modern skyscrapers overlooking the odd low-rise neighbourhood or colonial set piece. The other thing you noticed from this vantage point, was just how much greenery there was in and around the city; it didn't have the same claustrophobic feel of the other South East Asian cities that we've been visiting.

Of course, at the centre of all that modern development were the gleaming twin towers of the huge Petronas Towers. These 88-storey towers were the tallest buildings in the world when they were built in the 1990s, but they've now been reduced to 6 on the world rankings.

After lunch, it was time to have a closer look at the towers, so we drove over to the foot of the towers for a few photos and to spend some time in the huge mall at the bottom of them. From a distance or close up, they're an incredibly impressive construction, looking like a pair of super-size hypodermic needles connected by a precarious-looking Skybridge 200 metres up.

And, what was below them was pretty impressive too – an enormous 6-storey mall packed with luxury brands and enormous department stores. When you think that this country was stuck in the Third World a few years ago, its transformation has been phenomenal.

In its development, I see Malaysia as sitting somewhere between Thailand and Singapore. It's clearly a country with a plan, so it doesn't suffer from the same kind of chaos or haphazard development that Thailand revels in; but, it's not as regimented as Singapore, so it seems to have more spontaneity and charm than more sterilised Singapore has. Obviously, Singapore is far richer, so Malaysia has some work to do to catch up with its little cousin to the south. But, given the great strides that the country is making, plus its advantages in having plenty of natural resources too, you wouldn't bet against it achieving its goal of being a First World Country by 2030.