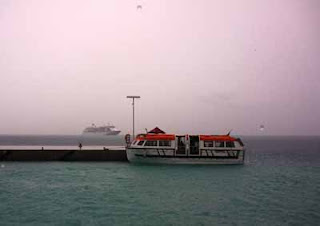 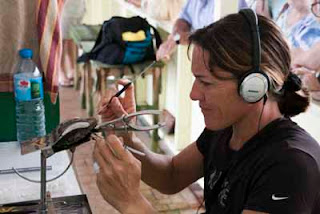 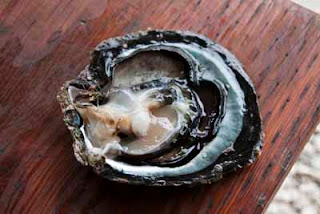 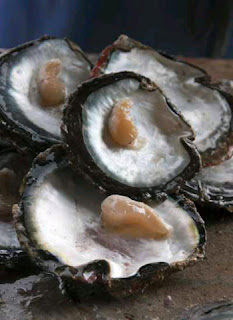 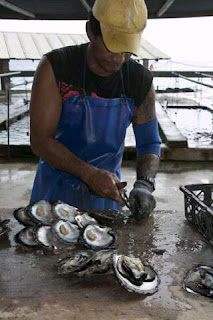 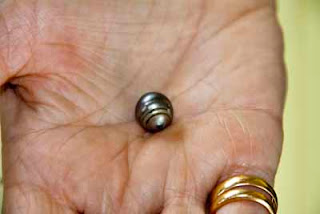 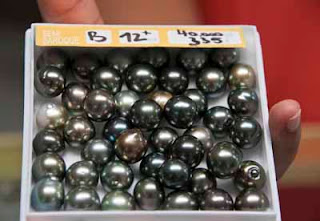 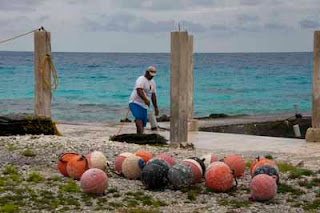 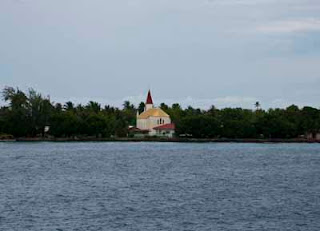 On a sunny day, Rangiroa has got to be one of the most gorgeous islands in the Pacific – an atoll consisting of a ring of palm covered sand islands, surrounding a huge lagoon, packed full with colourful tropical fish. Sadly, today was not a sunny day - instead it rained torrentially for pretty much our entire stay here, which meant that the lagoon, which is normally all kinds of vibrant shades of blue, was a rather dull shade of grey.

Obviously the fish in the lagoon aren't bothered by the rain, so my snorkelling trip on the lagoon was nearly as spectacular as ever. We saw a wonderful array of kaleidoscopic sea life – huge numbers of exotically-shaped fish covered in stripes, in spots, in rainbows, and in electric blues. Luckily for a wimp like me, we didn't see any of the (supposedly harmless) sharks that are normally lurking around in the lagoon, although I did see a menacing-looking moray eel sticking his prehistoric head out of a rock, before slithering across the seabed like a great big anaconda.

Unfortunately I couldn't get my underwater camera to work, so you're just going to have to take my word for it that this was one of the best environments for snorkelling in that I've ever swum in. About 10 minutes into the trip, the heavens opened, the wind howled, and thunder and lightning echoed around the lagoon – which meant that it was much colder out of the bath-like waters than in them, so at the end of the trip, as we sailed back to the pier, we all wrapped ourselves in our towels, and tried to shelter from the rain driving sideways at us.

While I was snorkelling, Tracy was on a very enjoyable trip to an oyster farm, to see how the famous Tahiti Black Pearls, are grafted into the oyster, cultured in the lagoon for at least 2 years, and then harvested. Prices ranged from a pitted and deformed pearl for €10, to up to €3,000 for the really large ones. Seeing as Tracy had enough competence to actually get her camera to work, you'll see a few of her pictures rather than mine.

Our post-tour plan had been to hire a bike and explore the island before another swim; however, the rain refused to let up, so we returned to the ship to wait for a break in the storm. Sadly, it never came.

Considering that we didn't see Rangiroa at anything like its best, it was still an enjoyable stay here. But, it had better be sunny next time we come back!