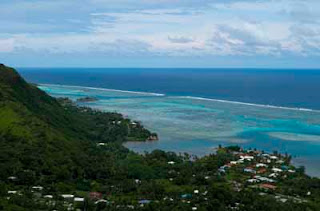 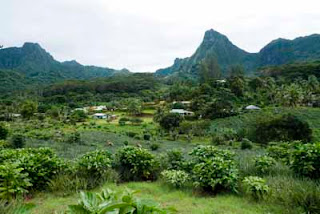 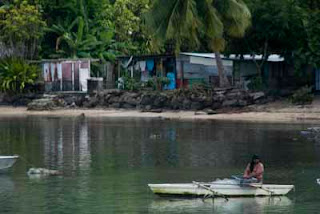 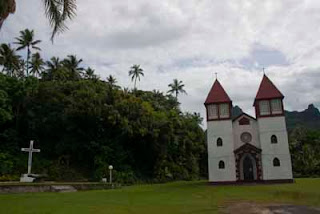 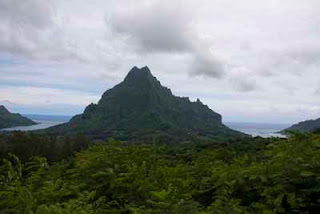 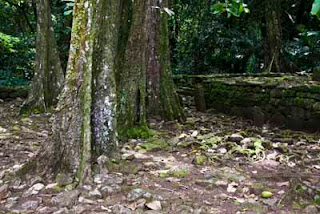 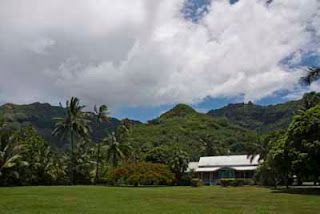 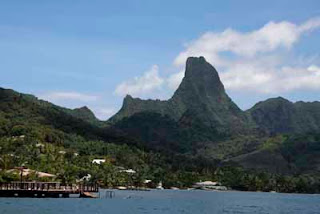 There can't be many more beautiful locations around the world to weigh anchor in than Cook's Bay in Moorea. You pass through a break in the coral reef that surrounds the island, and you enter into a fjord-like bay enclosed by steep green hills and jagged mountains on all sides. With the steamy tropical atmosphere and the relative lack of development, the place can't look much different from when Captain Cook sailed to the island in 1777. Actually, despite it being named Cook's Bay, the good Captain never actually sailed in here – instead he called into the neighbouring (and equally stunning) Opunohu Bay, just round the corner.

The Frommers Guides rate Moorea as the most beautiful island in the world, and from the first impressions of its bay, to its stunning blue lagoon, to its amazingly lush mountain scenery, it's difficult to argue with that judgement. I did a trip in a 4x4 jeep to explore this legendary scenery, and it didn't disappoint.

As we drove along the smooth coastal road, a few people were thinking that the 4x4 part of the trip might be overhyped, but then we turned off the main road and started climbing the vertiginous tracks that lead up into the mountainous centre of the island. As we bounced around the rutted paths and forded the many streams up there, the trip turned into a roller-coaster ride of bumps, thrills and spills.

All the time, the scenery got ever more spectacular. The centre of the island is an old volcanic crater that, over the millennia, has been eroded into all kinds of violent, craggy shapes that look like something from Jurassic Park or the Land That Time Forgot. We passed up the fertile Opunohu Valley, passing field after field of pineapples, before arriving at the Belvedere look out point. The view from up here is one of the classic vistas of the Pacific Islands – with the mountains and the twin bays stretching out below us, it felt like we'd reached the tropical paradise of the films and books.

We then bumped and lurched our way through more mountain tracks, before reaching an ancient marae – one of the sacred burial grounds of the Polynesians that were so plentiful before the Christian Missionaries destroyed them, and banned virtually all elements of Polynesian culture (from their religion, to dancing, to tattooing).

Next we took a hair-raising climb up the so-called "Magic Mountain" (a climb that was more suited to a cable car rather than a struggling jeep), but the journey was worth it for the amazing views of the multi-hued lagoon below it.

After a trip to an obligatory pearl shop, and a visit to a fragrant pineapple factory, we returned to the tender pier just outside Maharepa, to rest our jolted posteriors, and marvel at the breathtaking views we'd just witnessed.

Tracy and I then ventured along the stunning waterfront into peaceful little Maharepa – this was one of the larger villages on the island – to see what it had to offer. Not a lot, to be honest, but it was a pleasant enough little place with a few souvenir shops for the tourists, and a few food shops for the locals. Although the small supermarket had a much wider choice of goods than Nuku Hiva (especially fresh fruit, veg, and meat), my scientific study of the prices of essential food items (wine and breakfast cereal) show that it's scarcely any cheaper than the much more remote Marquesas Islands.

Despite the lack of Frosties and the expensive wine, Moorea is without doubt one of the most visually stunning islands in the world – this is the Pacific Paradise of your dreams.