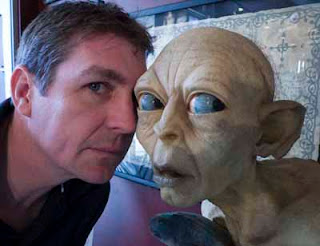 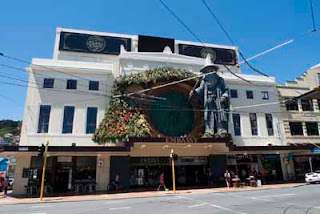 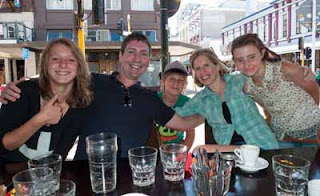 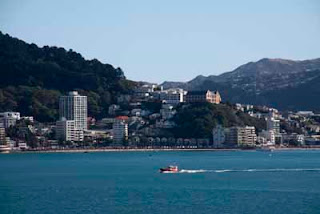 We had a great day catching up with friends and their children who we haven't seen for 5 years – the children are now grown up enough to make us feel really old. They took us to a Wellington attraction that we'd never heard of - the Weta Workshop. This is a high-tech workshop facility put together by Peter Jackson, the Director of the Lord of the Rings Trilogy and the Hobbit, and some of his geeky friends, to produce props and effects for his fantastical films.

The craftsmanship, artistry, and attention to detail that goes on in the workshop was astounding – the solutions they come up with to produce the incredibly life-like effects in the films were so ingenious. It seemed like no job was too big or too small for the workshop - building miniature cities and castles that would be CGI'd into the films, or lightweight weapons and armour that allowed the actors to look utterly convincing in their battle scenes, but were light enough to allow them to do a full day's filming.

What came through most of all, was the passion for their craft that was bordering on the obsessive, and an almost nerdy-enthusiasm for the world of orcs, elves and hobbits – some of the people who worked there almost looked like hobbits, and it wasn't much of a surprise that 80% of the male workers have beards.

But, the film industry has become incredibly lucrative for Wellington and New Zealand. Depending on what films are being shot, the workshop employs about 200 people, while the digital side of things can employ up to 3,000 people, when a film like The Hobbit is being put together. "Wellywood" is booming.

After this fascinating tour, we went back to the city centre for a long lunch of catching up. Wellington is famous for its cafe culture, and on a sunny day, the city had a really buzzy feel to it.

It's amazing that you can meet up with people after 5 years and slot straight back into your friendship, but it won't be so long till we meet again - we've already made a date to meet up again when the Silver Whisper calls into New Zealand on next year's world cruise.