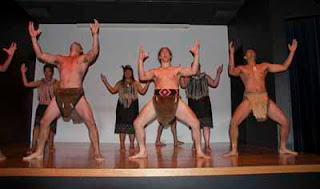 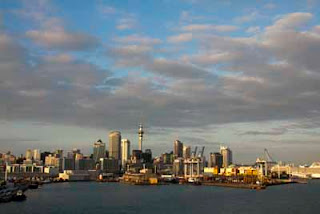 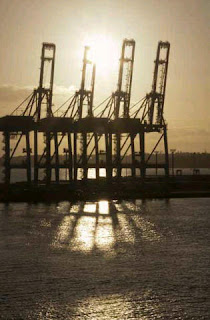 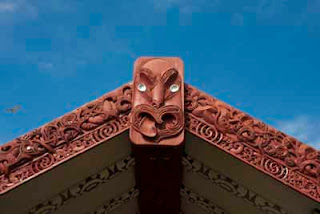 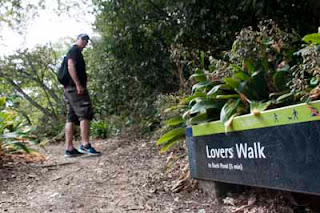 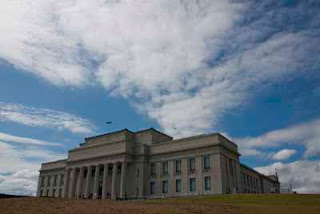 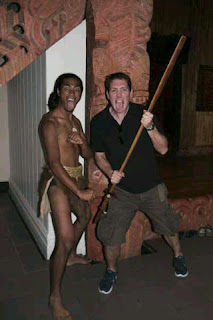 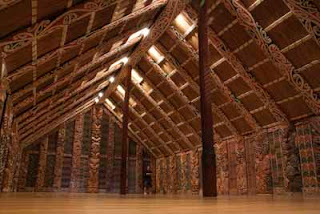 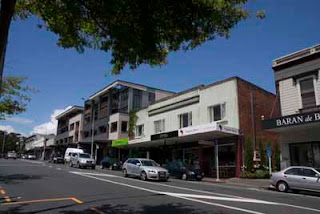 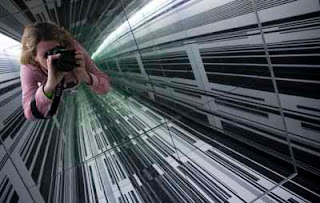 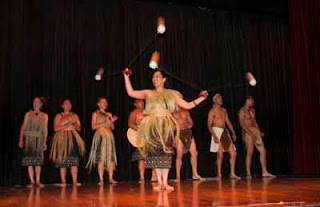 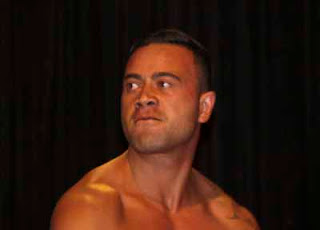 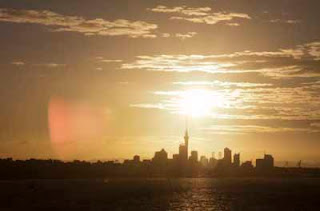 We got up pretty early to watch our sail-in to Auckland's beautiful harbour. It made an impressive sight as a few yachts bobbed up and down on the sparkling waters that glinted in the sun, ferries shuttled to and forth, islands with green volcanic cones dotted the bay, and the city's skyline of tower blocks and the iconic Sky Tower came into view.

Whilst Auckland's harbour is probably its best feature, its modern centre, just opposite where we docked, is probably one of its less attractive aspects – there's nothing wrong with it, but it just doesn't have the character of other parts of the city. Here, the thing to do is to venture out into its more historic suburbs, or to catch a ferry to one of its islands, or to visit one of the city's excellent museums.

We walked over to another one of the city's ancient volcanic hills, the Domain, to enjoy its open parkland and visit the Auckland Museum. Here, there were some excellent exhibits on the early days of the city and on New Zealand's natural history; but the chief attraction for us was to see its wonderful displays on the Maori culture. The highlight for us was a fascinating and really enjoyable show of Maori singing and dancing, rounded off by a spine-tingling haka (the traditional Maori war dance), that was almost shocking in its aggression and pulsating intensity. With its eye-bulging, tongue-thrusting, body-slapping warriors going absolutely crazy, this was more frightening than anything the fearsome All Blacks can muster, and you get the impression that any opposition faced with this would raise the white flag before any hostilities commenced.

To calm down from this adrenaline-fuelled high, we wandered down through Auckland's most historic suburb, Parnell for a spot of lunch in one of its trendy cafes, before carrying on to the City Art Gallery. There weren't any big names on show here, but it was interesting to see the weird and wacky modern art, and some good Victorian pieces. Perhaps the most interesting stuff were the portraits of the Maori by the Victorian artists, who were mostly trying to portray them as downcast noble savages who were on the edge of extinction. Judging by the vibrancy of the haka we'd just witnessed, those Victorian artists couldn't have been any more wrong about the perceived impending demise of the Maori.

We then wandered down Auckland's main shopping street, Queen Street, where we got to experience what a cosmopolitan metropolis Auckland has become. Not only is Auckland home to the largest number of Polynesians of any city in the world, but large numbers of South East Asians have also made the city their home.

After a long day of almost non-stop walking, it was nice to get back to the ship for a rest; but our Auckland experience wasn't quite over. It turned out that the same folkloric group who had entertained us at the Auckland Museum, had come onboard to give us a show just before we set sail. Actually, most of the show was different to what we'd seen earlier, although they obviously had to finish it off with another haka. This one wasn't quite as intense as the one we'd seen in the morning (how could it be by the time of their fourth haka of the day – it must be exhausting), although the women really did go for it, with their wild-eyed screaming and wailing.

A perfect end to a wonderful day.