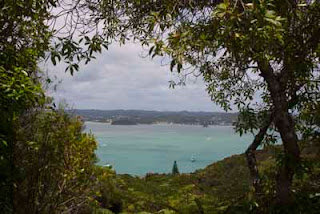 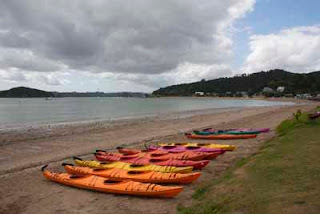 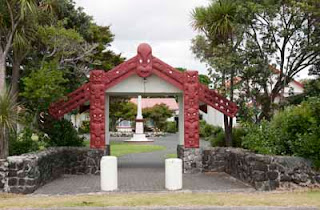 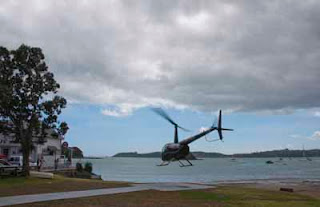 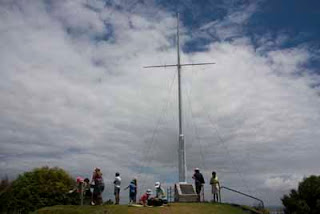 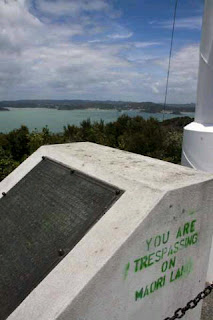 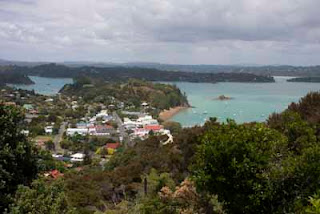 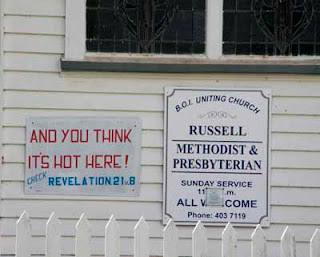 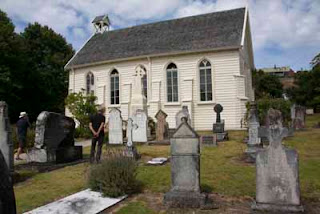 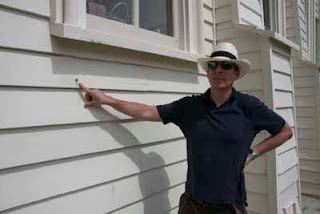 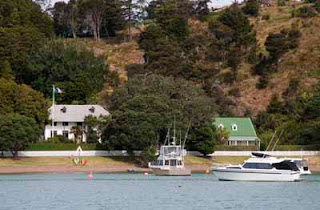 At the end of our day in the Bay of Islands, I've never seen so many passengers in such a good mood – people were absolutely raving about how much they enjoyed themselves today.

Maybe it was because the weather was utterly glorious – after days of torrential rain in French Polynesia, at last it was sunny, but it wasn't too hot; or maybe it was because the Bay, with its scattering of islands and sparkling seas, was just so incredibly beautiful; while, lots of people were just blown away by the sheer overwhelming friendliness of the locals. Whatever it was – we all loved it.

We caught the tender into Waitangi, and after walking into Paihia we caught a ferry to Russell, the first place of British settlement in New Zealand. After the Treaty of Waitangi in 1840, which recognised British sovereignty over New Zealand, Russell became the colony's first ever capital. However, you just had to look around the small scale of the town to see that New Zealand's beginnings were very low key. Nevertheless, Russell is a really charming little place – lots of wooden colonial buildings that were the first this or that in New Zealand.

While we were feeling energetic, we slogged up the very steep Flagstaff Hill - not only to enjoy the tremendous views across the whole Bay, but also to visit a spot that was instrumental in the conflicts between the Maori and the British. Because, rather than leading to peace between the two sides, the Treaty's rather questionable translation into Maori and the differences in its interpretation, led to more conflicts with the Maori. The local chief, Hone Heke, ended up cutting down the British Flagstaff (as a symbol of British rule) four times, to protest against the encroachment of the settlers onto his lands. Even today, graffiti on the base of the Flagstaff informed us that we were "trespassing on Maori land".

By the time we'd trekked back down again, it was time for lunch, so we headed for New Zealand's oldest public house for a delicious meal on its open verandah. As we had a couple of beers (apart from Tracy, who is gamely persisting with her vow to not drink alcohol in the whole of January) overlooking the sea, the supremely relaxed pace of life of this place was infectious.

Somehow, we roused ourselves from this blissful environment to do a little more exploring – so, we visited New Zealand's first ever Church (still bearing the bullet holes from the conflicts with the Maoris); and we had a tour round one of New Zealand's oldest houses, Pompallier House. The great thing about Russell is that there isn't really that much to see there, so there's no rush to do it – you just slow down, savour the relaxed atmosphere, and enjoy the historic architecture.

If the rest of New Zealand can live up to this fantastic introduction, then quite a few people onboard are going to fall in love with it.