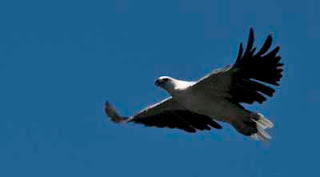 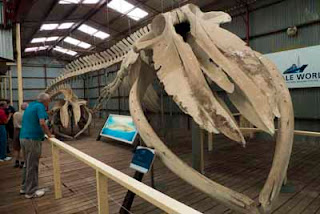 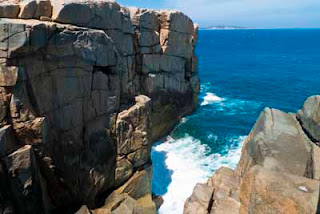 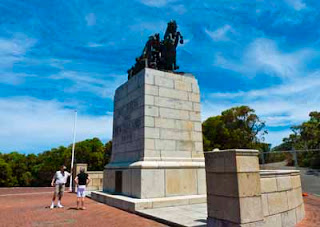 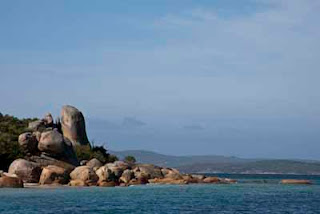 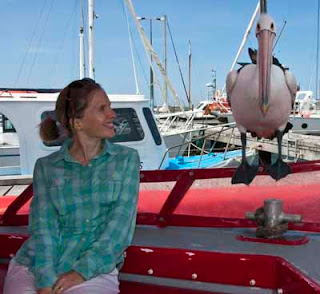 The little town of Albany was the first town to be founded in the new state of Western Australia back in 1826, so there are a few historic buildings in town, that survive from the days when this was just a wild frontier town.

Once Perth had taken over as the main town in the state, Albany's main claim to fame was that it was the centre of a prolific whaling industry that managed to virtually wipe out the Southern Right Whale population, and then the Sperm Whale population in the plankton-rich waters off the coast. It's amazing to think that the whaling station here, was still catching and slaughtering whales for their whale oil and meat, right up until 1978.

Once whaling was banned, the town went into a bit of a depression, but these Albanians are a resourceful lot, and so they changed from hunting and killing whales, to celebrating these magnificent creatures by organising whale watching trips and setting up a whale museum in the old whaling station. As it wasn't whale watching season, I did the next best thing, and joined the ship's tour to the whale museum.

When I tell you that the museum went into every gory detail about the process of hunting whales, slicing them up in an incredibly bloody way, and then boiling up the carcasses for whale oil – it might not sound very interesting, but in fact it was so well done that it was absolutely fascinating. There were no pulling punches about what a gruesome job it was to climb onto the stinking dead whale, saw off its head, and carve it up into pieces – life must have been pretty tough to work there.

There were some great audio-visual displays, and we were then able to clamber all over the old whaling ship that bounced around the rough seas here on the hunt for cetacean pray – who'd have thought that hearing about the slaughter of the planet's largest mammals would be so interesting?

After this, we travelled over to the primeval, windswept coastal landscapes of the Torndirrup National Park – an area of strange rock formations that Fred Flintstone would have been at home in, pounded into bizarre shapes by the seas and the wild elements here.

Our final stop was at a war memorial to the ANZAC troops, who gathered here in Albany, before joining their convoy across the oceans to the killing fields of Gallipoli in World War One. Albany would have been the last sight of Australian soil for many of them.

All too soon, it was time for all aboard for our 2pm departure, as we sailed for Fremantle.