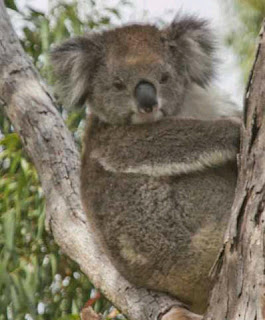 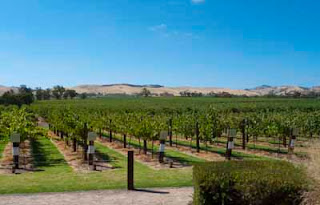 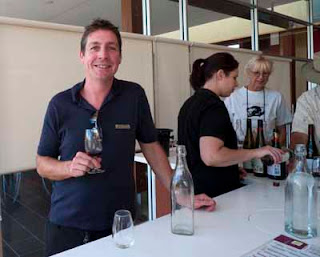 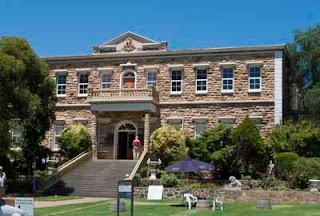 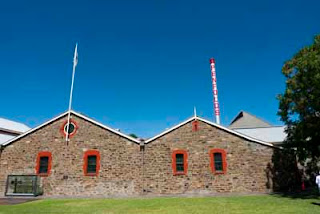 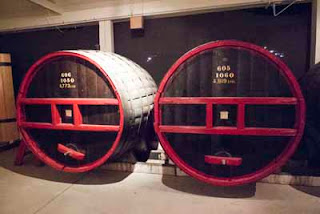 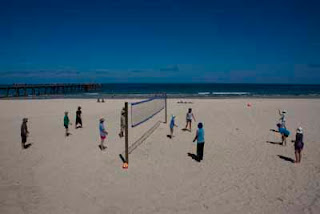 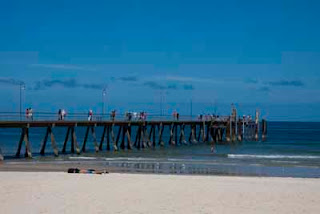 I don't think I've ever tasted so many different wines in my life (and still been, more or less, sober).

From Adelaide in South Australia, I joined the ship's tour into the beautiful Barossa Valley to sample some of the best wine in Australia. The Barossa was settled in the 1840s and 50s by German immigrants who brought their vines with them from the Old World, and then were lucky enough to find some of the best conditions for producing wine in the world.

Our first stop was at the famous Jacob's Creek winery, and after a quick tour, we got down to the tasting. Although it felt a little odd to be drinking wine at 10.30 in the morning, we pushed on bravely, and worked our way through 7 different wines. For me, the Rieslings were the best whites, and of the reds, the spicy shirazes were great too. At the winery, they had a breathalyser that fortunately showed that I was still not over the limit by 11.30am (which was nice to know), although it did show that a couple of the other passengers would have been arrested if they'd tried to drive.

Next, we went to the Yaldara winery for a lovely lunch (of course, washed down with some nice wine), before a speed-tasting session of 6 more wines from the McGuigan Estate – by now, I wasn't too much of a discerning a customer, and everything was tasting ok to me.

Our final stop was at the Penfolds winery, home to one of Australia's most prestigious wines –Penfold's Grange. Sadly, we weren't given any Grange to try at the end of our tour (at $600 a bottle, I wasn't surprised), but we worked our way through a few more tastings. I don't know if my tastebuds were shot by now, but I thought that the Penfolds wines were the best of the day.

By now, our guide had suddenly worked out that we would have to get a move on to get us back to the ship in time, and then the driver informed her that many of Adelaide's roads were going to be shut because of a city car race, which meant that all of Adelaide's traffic were trying to get down the same route as us. In my lecture I'd told the passengers that Adelaide's well-planned city layout meant that there were hardly any traffic jams in the city – so, this journey was turning me into a liar.

Normally on these wine tasting tours, everyone is asleep on the journey back, but our relaxing journey back had turned into a bit of a hair-raising rally. Even driving at breakneck speed he got us back to the ship 20 minutes late – fortunately, we have 2 days at sea to catch up on the 20 minutes, so the captain wasn't braying for my blood.

So – great wine, lovely scenery, and a dodgy ride back.